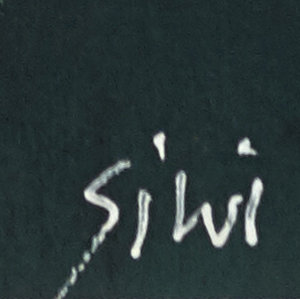 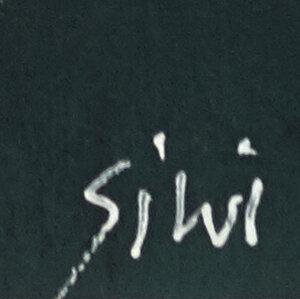 Born in 1952 in Beheira, Egypt, Adel El Siwi is a doctor, an influential contemporary artist, and translator. Abiding by his family’s will, he enrolled in 1970 at the Faculty of Medicine at Cairo University and graduated in 1976. However, simultaneously during the years 1974 till 1975, he attended art courses at the Faculty of Arts of the same university. In 1980 he moved to Milan, Italy, where he lived and worked for a decade before moving back to Cairo.

In his intricate paintings, El Siwi challenges the value system that gives greater worth to a physician than to a painter. He chooses the human figure as a central theme to his work, a subject he had explored in and out. It is evident that El Siwi has mastered the human anatomy, but more importantly, he underscores the orbiting soul around it. His dissection process involves a sensible effort to create masks that interfere with the figurative elements. Mostly known for his monumental figures and peculiar elongated faces, El Siwi examines the strange relationship between animals and the human being in most of his works.

Mythological kings, famous Egyptian singers, animals of all kinds, along with overused themes, such as a flower vase or a palm tree, are all presented by El Siwi as iconic figures, each in its own right. His characters transform into Pharos in a private world. Though colorful, his paintings are restrained to monochromes inspired by the Egyptian desert landscape. Equipped with an alluring luminosity, and a sensual feel, El Siwi’s longitudinal figures are reminiscent of those found in paintings created by Austrian painter Gustave Klimt. In addition to his career as a visual artist, El Siwi has translated numerous art historical texts into Arabic by artists such as Leonardo da Vinci and Paul Klee.

Charity art exhibition for Palestinian children opens in Cairo: 'This is the least that we can do'