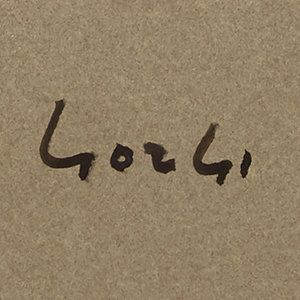 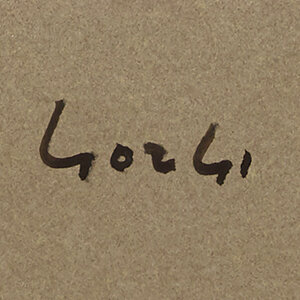 Abdelaziz Gorgi was born in 1928 in Tunis. He grew up between the Medina of Tunis and Sidi Bou Said in a family of artisans, who specialized in traditional Tunisian hats called chechia. He...

Abdelaziz Gorgi was born in 1928 in Tunis. He grew up between the Medina of Tunis and Sidi Bou Said in a family of artisans, who specialized in traditional Tunisian hats called chechia. He was one of the first Tunisians to study at the Institut Supérieur des Beaux-Arts of Tunis, which he joined in 1944 with the encouragement of the painter and decorator Henry Farion. Five years later, he left to continue his training in Paris, where, while immersing himself in the scene of Montparnasse painters, he joined the studio of painter and ceramist Henri Plisson, followed by that of Fernand Léger.

Gorgi built a multi-faceted career upon returning to Tunisia in the late 1950s. In addition to his practice, he grew invested in the pottery workshops of Nabeul, and in 1957 assumed the position of regional director of the Office National de l’Artisanat. In 1959 he became a teacher at the Institut des Beaux-Arts of Tunis, where he taught drawing, painting, and ceramics until 1983. In 1963, he collaborated with the artist Sofia Farhat to found Zin, a decoration company that took on regional and international projects, including one for the World Health Organization in Geneva in 1964.

Encouraging the development of the arts in Tunisia was of lifelong importance to Gorgi. He was an early member of the Groupe des Dix collective, which came out of the Groupe des Quatre in the late 1940s and laid the foundation for the Ecole de Tunis movement. Modeled after the Ecole de Paris, Ecole de Tunis was a confederation of artists who practiced different styles and espoused numerous ideologies but were united in their aim to enrich the local arts scene by gathering the best talents from the capital. Gorgi was one of the leading artists and organizational pillars of the Ecole de Tunis and became its president in 1968.

In 1973, he created the Galerie Gorgi in Tunis. The first in a series of Tunisian private galleries, it marked the country’s artistic landscape by paving the way for the development of a local art market. Galerie Gorgi became the stronghold of the Ecole de Tunis, which benefited from new opportunities to exhibit and to make their artists known in a more direct and wider-reaching context. Building on this success, Gorgi founded a second gallery in 1988 in Sidi Bou Said. He entrusted it to his daughter Aïcha and named it Galerie Ammar Farhat, a tribute to his friend and contemporary who had passed a year earlier.

Gorgi shared with most members of the Ecole de Tunisa tendency to draw themes from traditional life in Tunisia, which gave substance to their goal of building a distinguishably “Tunisian” national art. Throughout his early career, he referred directly to the conventions of Islamic miniature painting, which inspired, among much else, his precise lines and the two-dimensional characters he often represented in profile, performing traditional or symbolic actions. These conventions, paradoxically, helped Gorgi free himself from many artistic constraints within and beyond formal conceptions of realism and Western traditions of representation, notably through his choice of colors and treatment of depth independently from the linear perspective.

In the late 1960s, Gorgi’s style evolved further toward spontaneity and fantasy, inspired by various modern movements such as naïve art, surrealism and, cubism. He worked almost systematically with flat colors and sharp boundaries to refine an aesthetic of simplicity that is specific to his work despite being rich in detail. With lightness and humor, his lively characters are deformed, deconstructed, intertwined, and full of color. Gorgi would even sign opposite corners of some paintings to suggest viewing them from all directions. The artist played with the flatness of surfaces even in his sculptures; he endowed them with his colorful and curiously modern style, always diffusing a touch of folly.

Following a lifetime of participation and investment in Tunisia’s arts culture, Gorgi was honored with awards from Tunisian authorities throughout the 1990s, and the Tunisian Ministry of Culture even designated the year 2000 as the “Gorgi year.” These late-career accolades are misleading; the awards may have come towards the end of his life, but Gorgi had made a name for himself decades before that. In the 1950s, for example, he was well enough established that the Tunisian Post Office commissioned him to produce a series of stamps.

When Gorgi died in 2008, his daughter renamed Galerie Ammar Farhat to Galerie A-Gorgi in his honor, and the gallery remains active to this day. To commemorate the tenth anniversary of Gorgi’s death, the exhibition Gorgi Pluriel was dedicated to him in 2018 at the Hayreddin Palace in Tunis. Several hundreds of his works and those of his contemporaries were exhibited alongside tribute works by present-day artists. 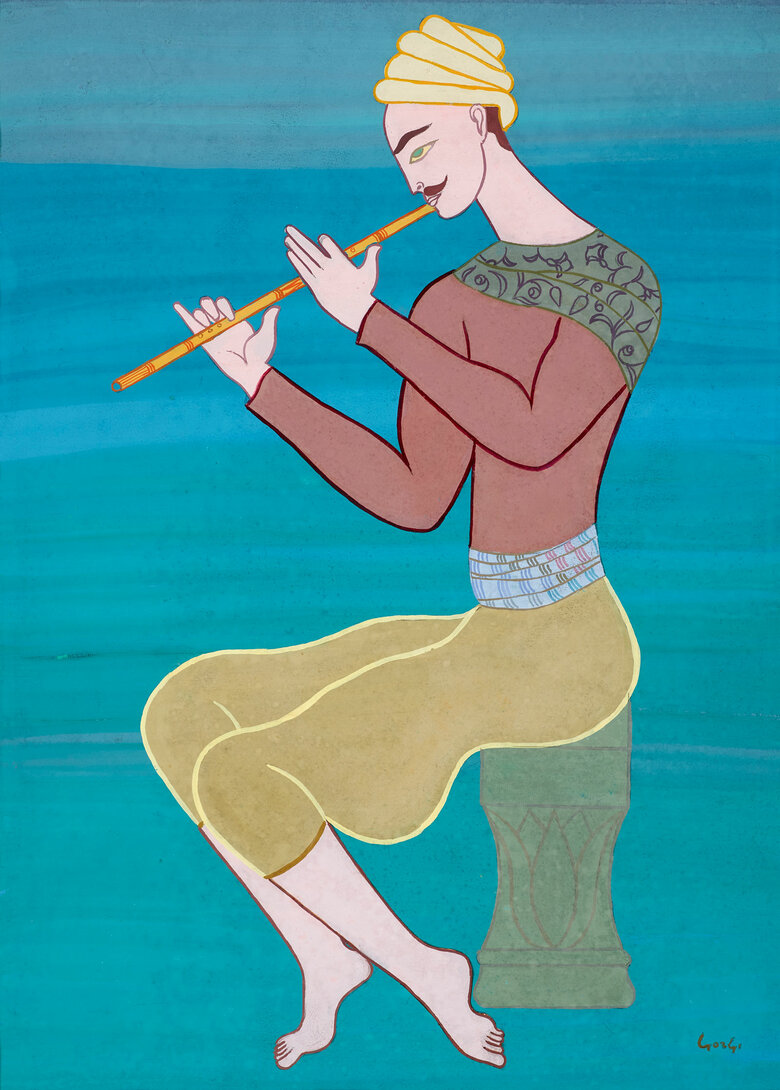 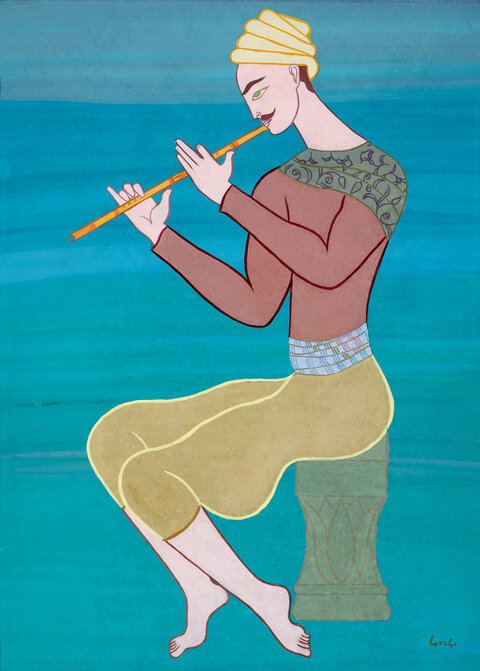 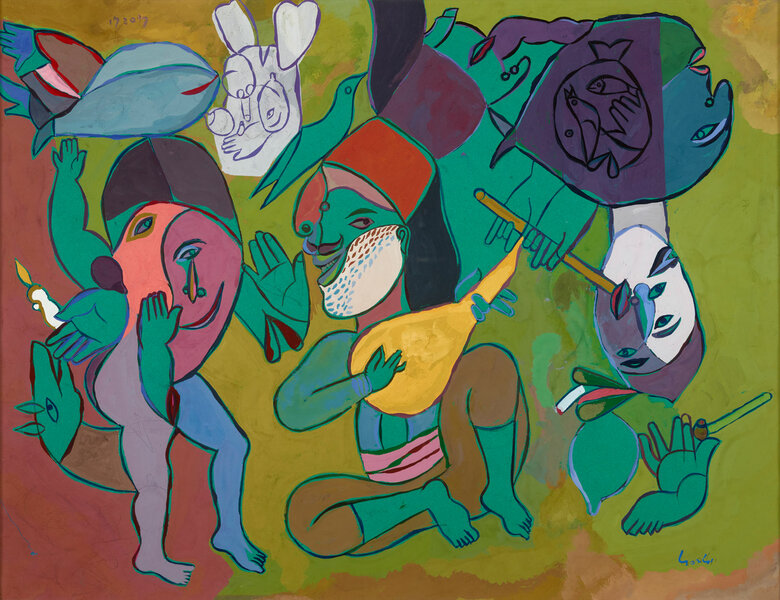 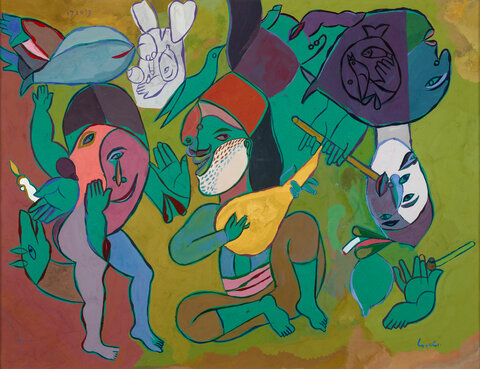 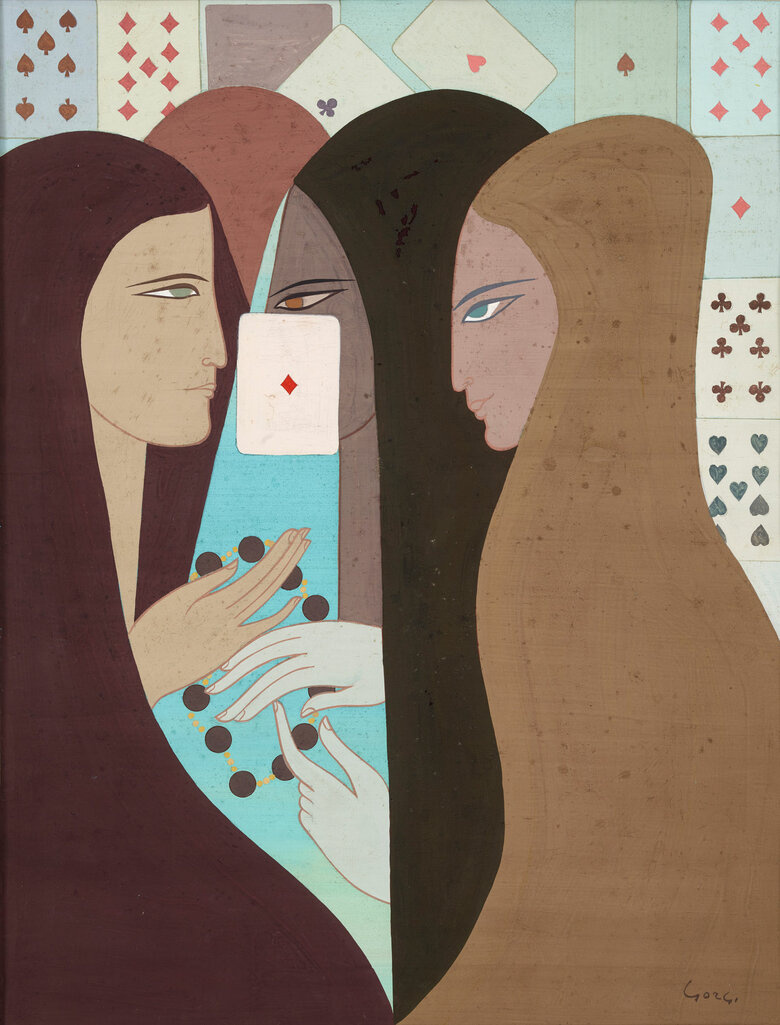 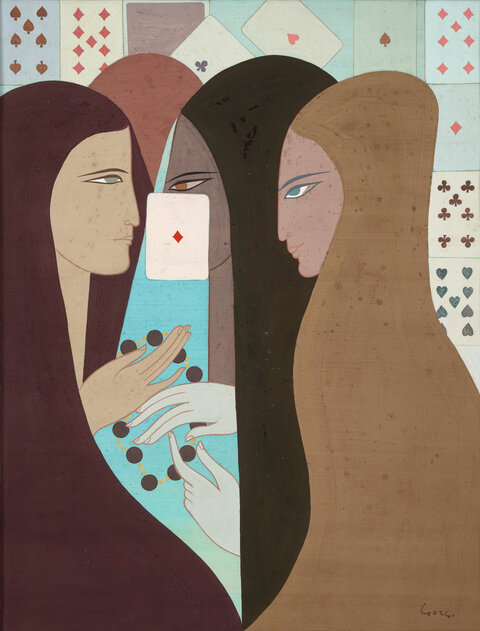 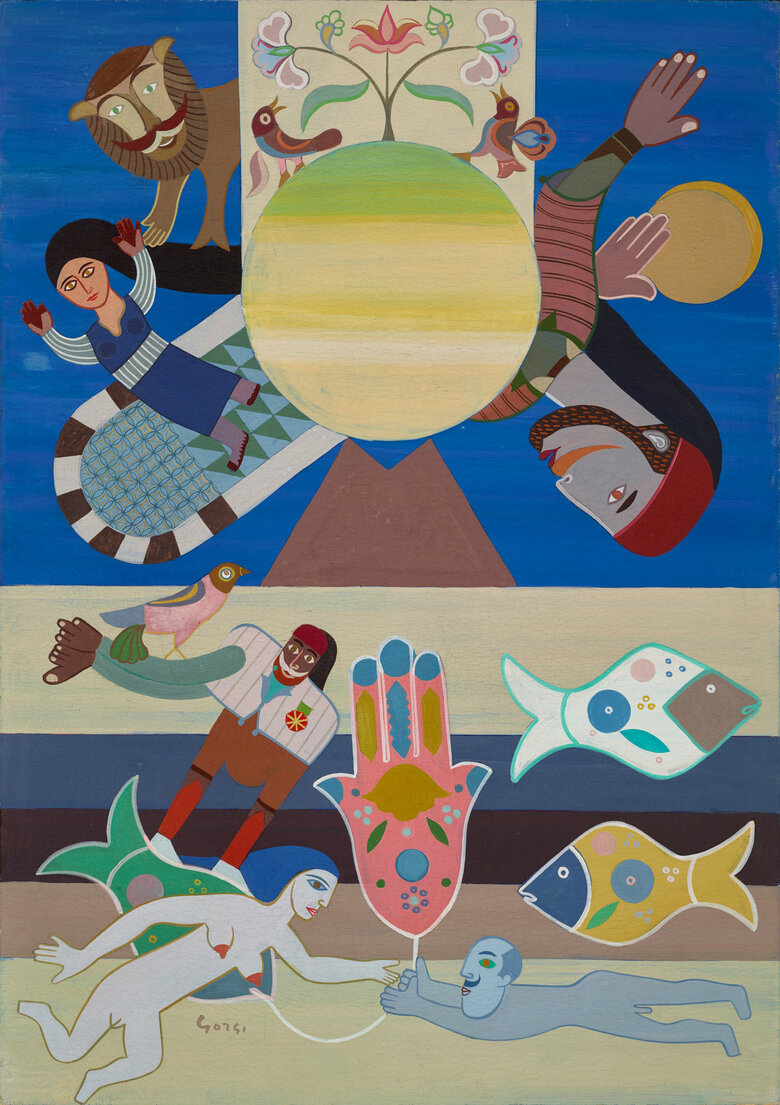 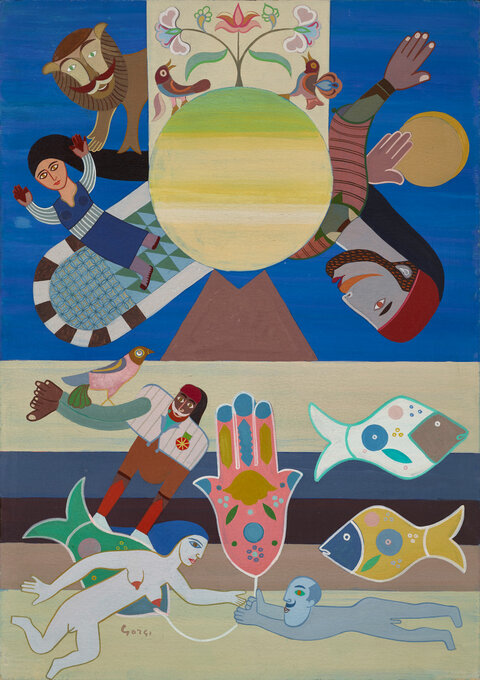 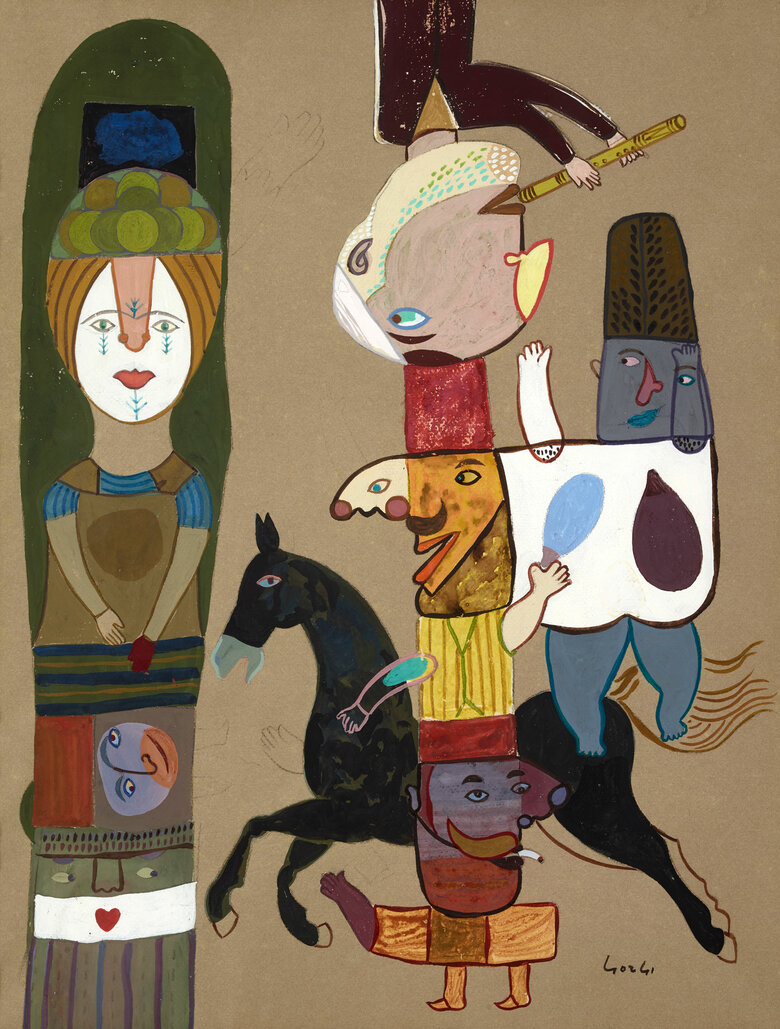 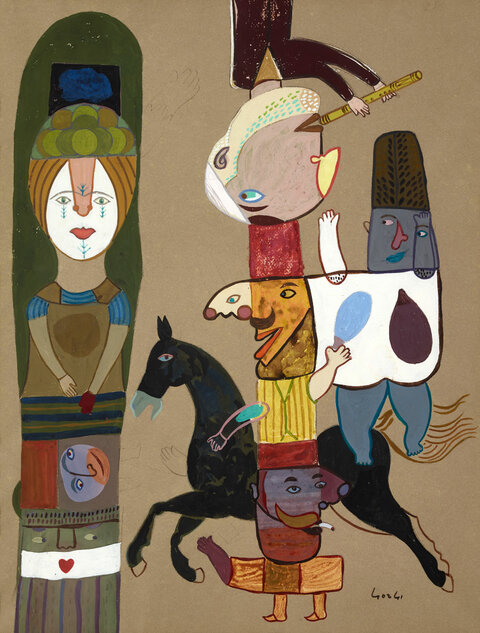 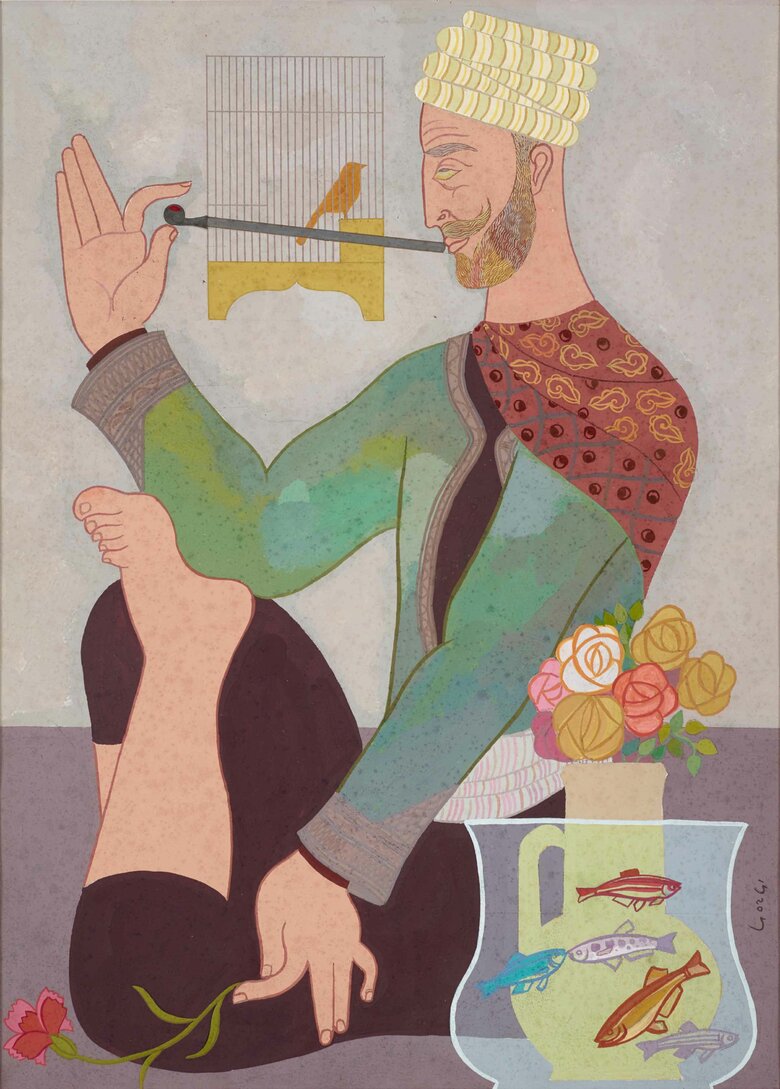 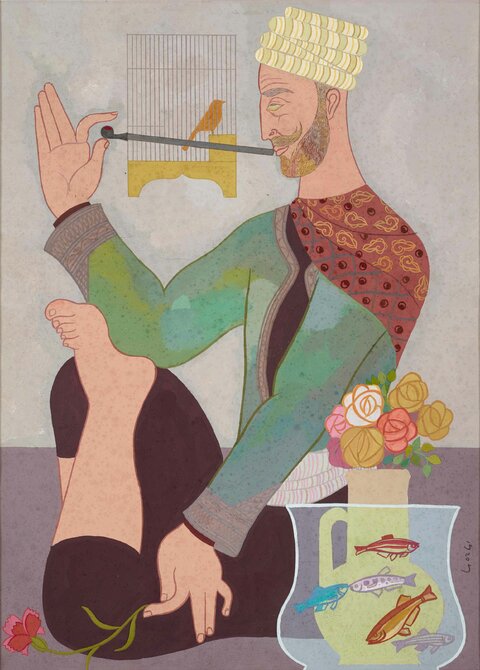