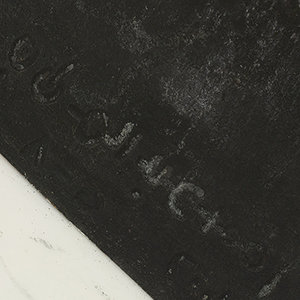 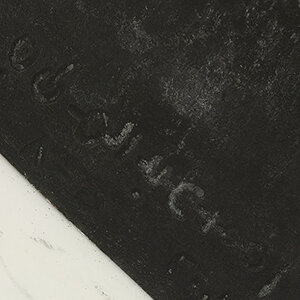 Born in 1932, Ahmad Abdelwahab comes from the rural city Tanta He studied drawing and painting in Cairo, in the Faculty of Fine Arts and eventually specialized in sculpture. After Receiving a scholarship from the government, he proceeded his formation at the Atelier of Luxor - an institution that promotes the study on Ancient Egyptian art – and was consequently able to travel around Upper Egypt. The artist also got to encounter the Western art production since he successively obtained scholarships to study the art of ceramics in former Czechoslovakia in the late 1950s, and a three-year scholarship to join the atelier of the artist, Emilio Greco, in Rome in 1968. In the Italian capital, he consequently discovered the works of masters of the Renaissance movement as well as of contemporary Italian artists. In 1960, he settled in Alexandria, started teaching at the Faculty of Fine Arts, and was appointed head of the Department of Sculpture from 1979 to 1988.

Abdelwahab's experiences abroad had never kept him away from his heritage, to which he stayed deeply attached. In his oeuvre, he shows his fascination for the sculptural culture of the Egyptian civilization and its visual references, such as the Pharaoh Akhenaton, whom he mainly reused the facial features. The use of a wide range of material that he would mix like cement, glaze, or graphite recalls the ones of the Egyptian ancestral practice and manifests his intention to celebrate this heritage through a modern artistic language. Ahmad Abdelwahab has been celebrated worldwide during several international exhibitions, and The Bibliotheca Alexandrina dedicated a permanent exhibition to his art in 2012.

Ahmed Abdel-Wahab at the Bibliotheca Alexandrina

The Key of Life/ مفتاح الحياة