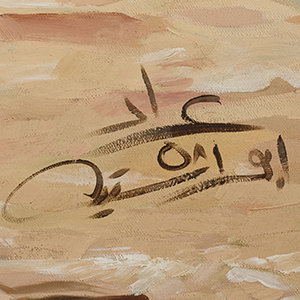 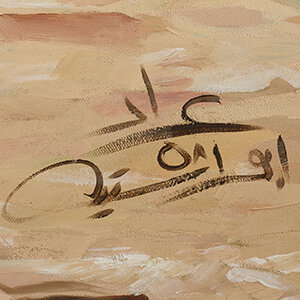 Imad Abu Shtayyah is a Palestinian artist born in 1965, in the Jerash refugee camp near Amman, Jordan. Raised in poverty by parents who had fled Palestine during the atrocities of 1948, Abu...

Imad Abu Shtayyah is a Palestinian artist born in 1965, in the Jerash refugee camp near Amman, Jordan. Raised in poverty by parents who had fled Palestine during the atrocities of 1948, Abu Shtayyah showed interest in art at an early age, using it as a means to cope with the difficulties of the life he witnessed.

Abu Shtayyah has no formal academic training in the arts. Working in two-dimensional media, he first experimented with the traditional materials that were available to him, such as oil painting, watercolor, and pastel. Later, he incorporated digital illustration into his repertoire. As a painter, his enthusiasm for the works of Salvador Dali and Francisco Goya is apparent in his romantic use of symbolism and saturated color, and in the surreal fluidity, he creates between humans, animals, and landscapes.

Palestine is the main inspiration to Abu Shtayyah, and his paintings are in conversation with a legacy of symbolic representation created by artists such as Ismail Shammout and Sliman Mansour during the second half of the twentieth century. Like Shammout and Mansour, Abu Shtayya frequently personifies Palestine as a woman wearing a long traditional dress known as the thobe, embellished with the intricate Tatreez, or embroidery, that has come to represent pride in Palestinian heritage. Though he depicts his figures with meticulous realism, they are often entangled in a surreal environment, morphing into poppy fields or sheltering themselves beneath an umbrella that holds the city of Jerusalem aloft. In keeping with Palestinian nationalist ideology, the artist depicts women as the “keepers of culture,” responsible for raising subsequent generations with respect for their heritage.

Using art as a unifying language to the people of his nation dispersed all over the world, the artist portrays a message of hope, resilience, and rebirth. In keeping with this desire, and considering the limitations facing many Palestinians in Palestine and abroad, Abu Shtayyah uploads most of his artworks online, exhibiting his works in the most accessible way he can. Indeed, the artist rose to prominence during the Israeli siege on Gaza in 2014, when one of his inspirational paintings “went viral” on Facebook. The painting shows the ruins of Gaza morphing into the torso of a Palestinian woman. This woman – Gaza – is rising to gaze into an expectant sky, body in motion as though she has just picked herself up off the ground. The strength, resilience, and determination communicated by this work are indicative of Abu Shtayyah’s oeuvre as a whole.

Imad Abu Shtayyah still resides and works in Amman. He has held exhibitions in Ramallah, New York, Sharjah, Cairo, and Gaza, and much of his work is exhibited on websites including Fine Art America, The Palestine Poster Project Archives, and the artist’s personal Facebook account. In 2018, one of his paintings was chosen to be represented on a stamp in Uruguay.

5 Palestinian Artists That Transformed the Way We See Gaza 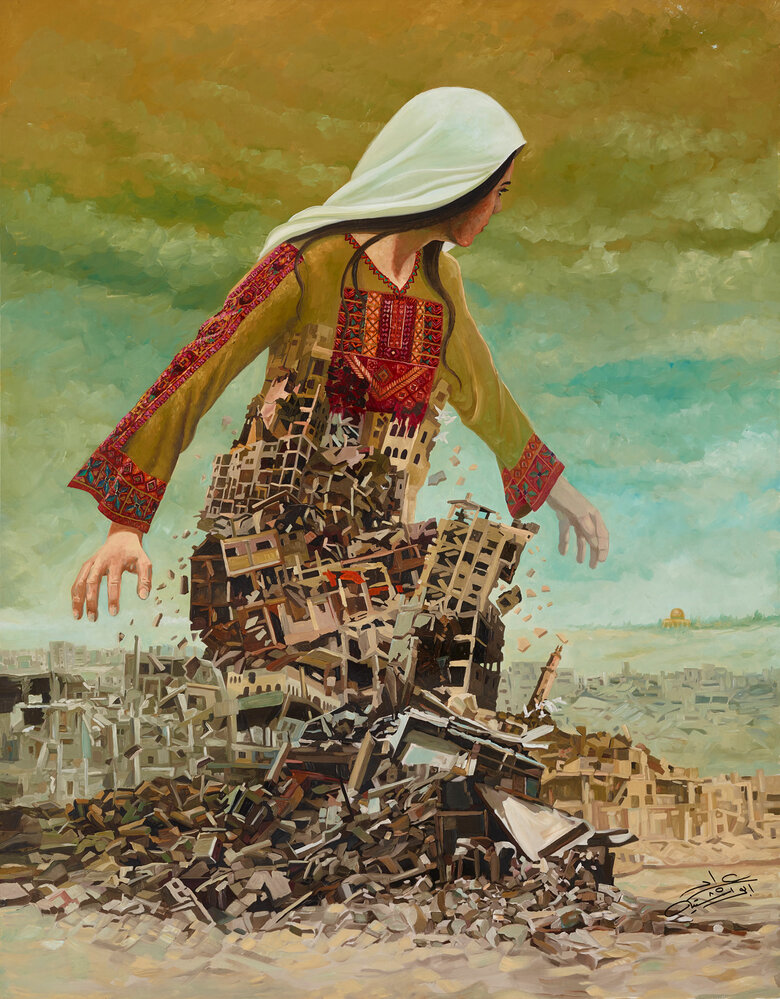 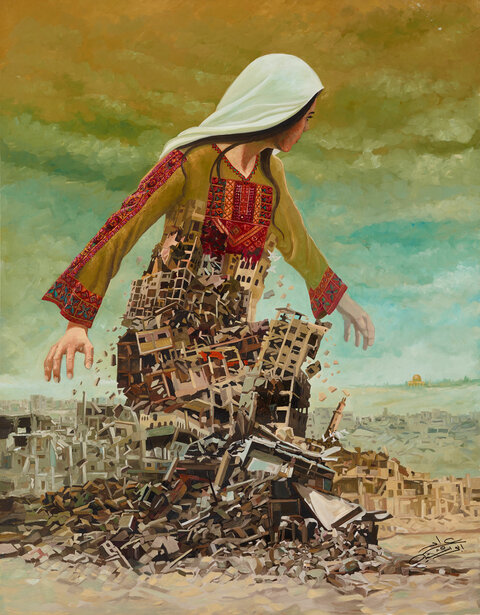 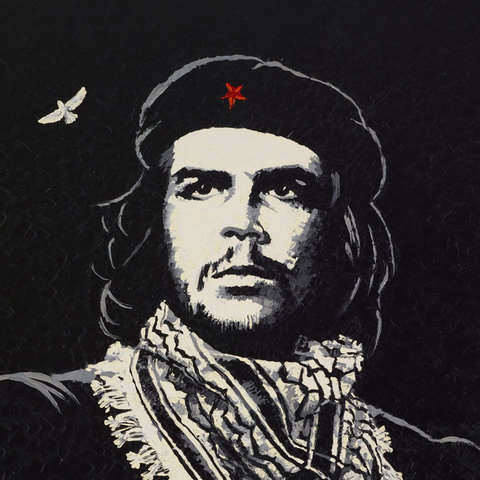 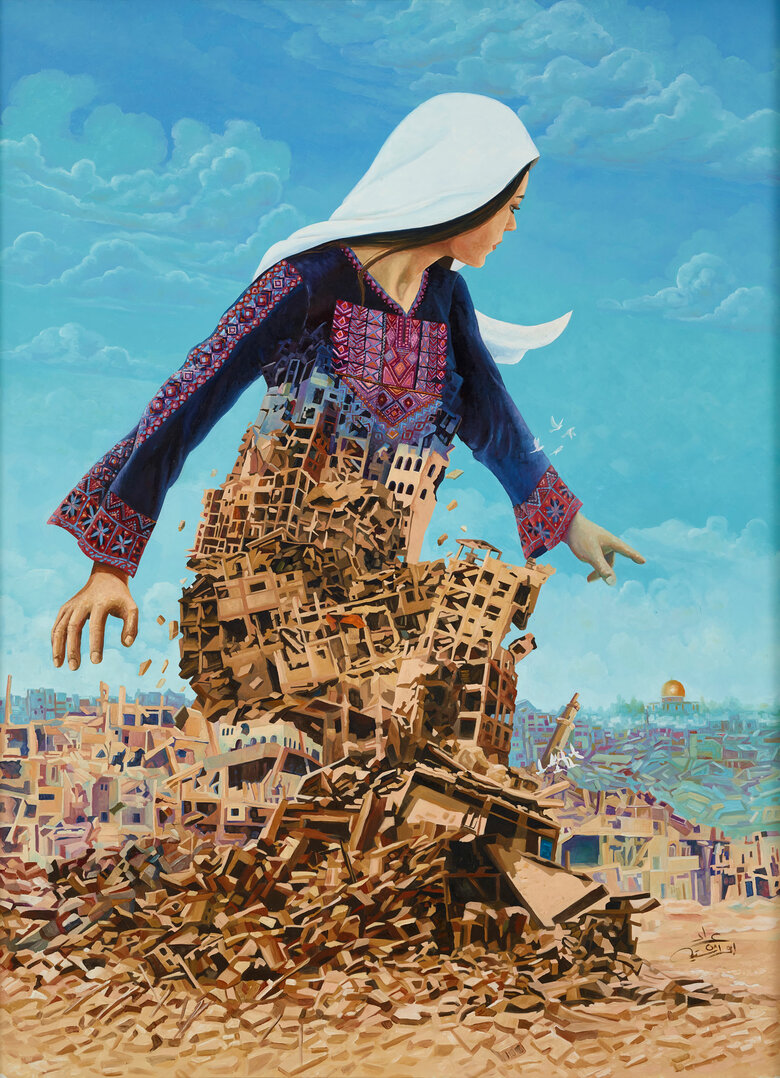 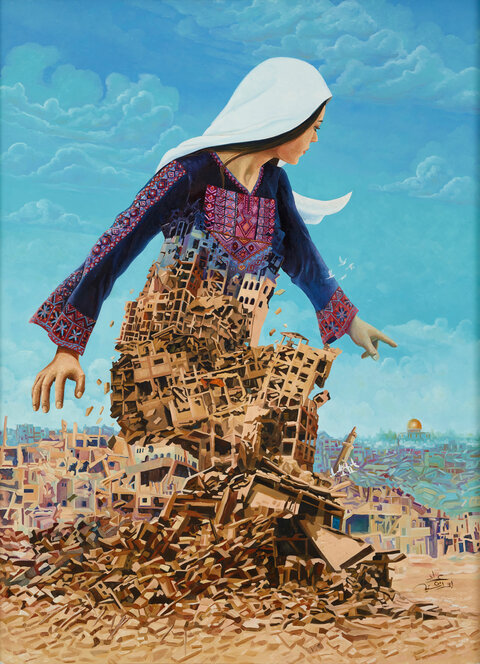 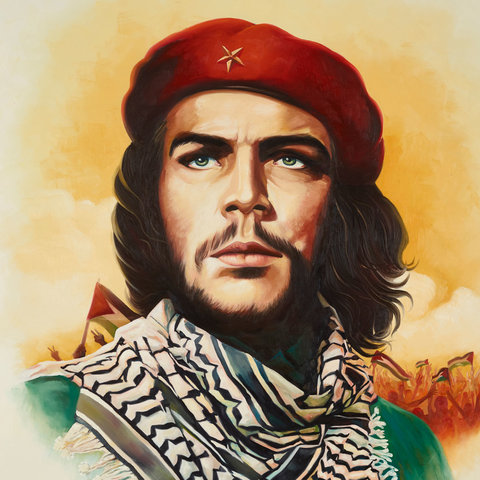 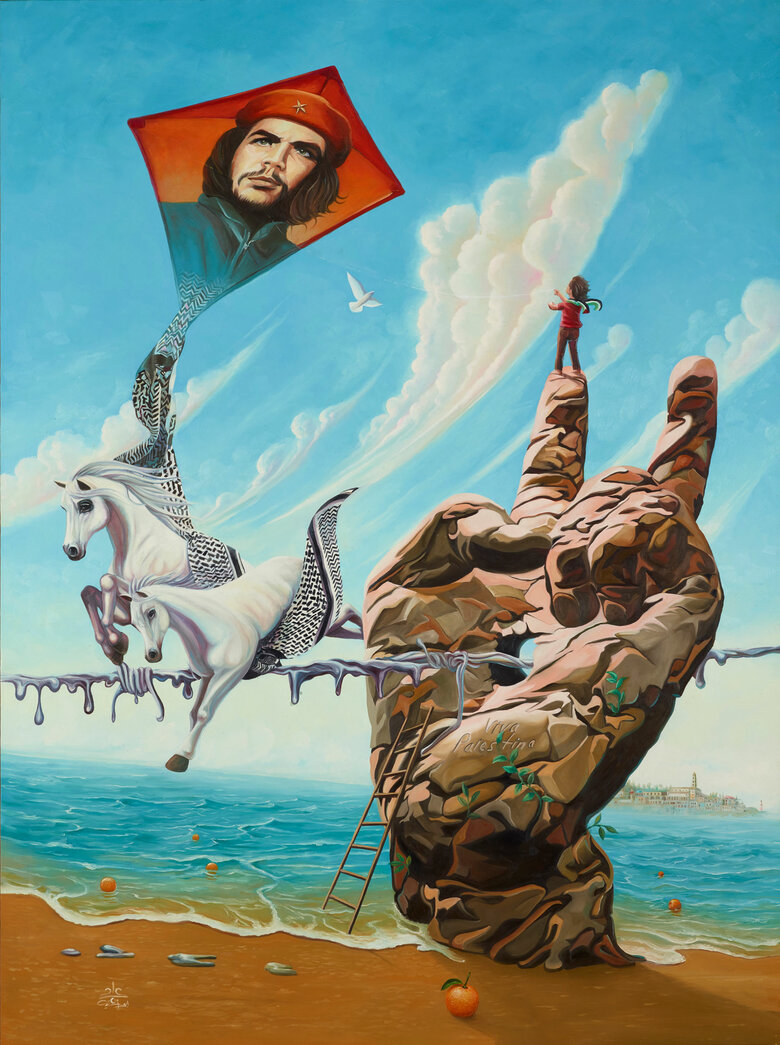 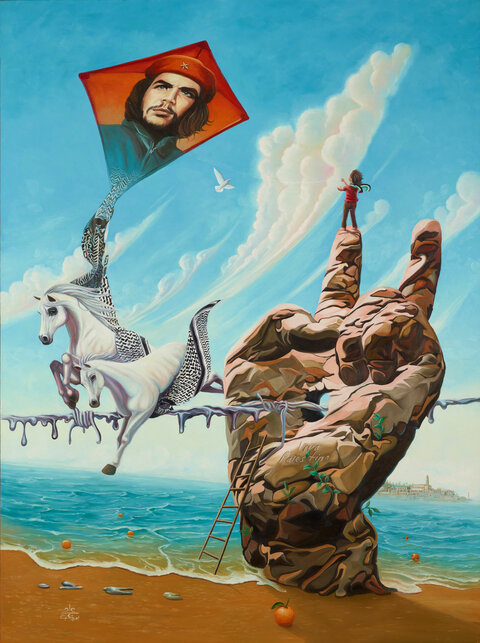 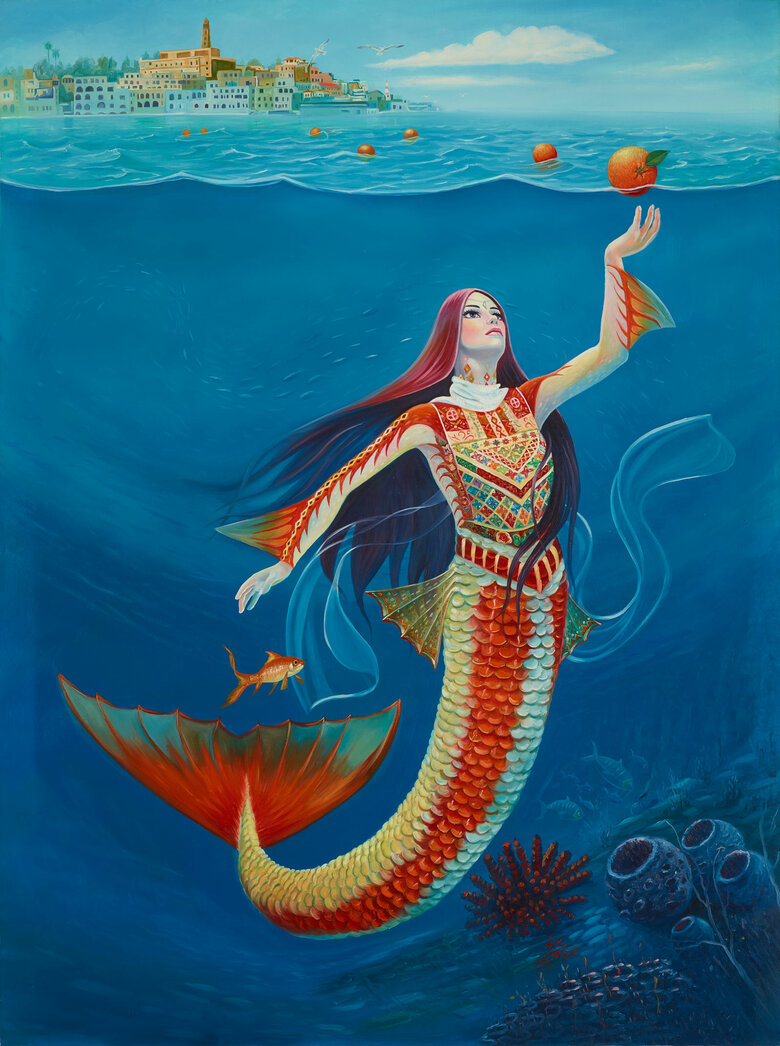 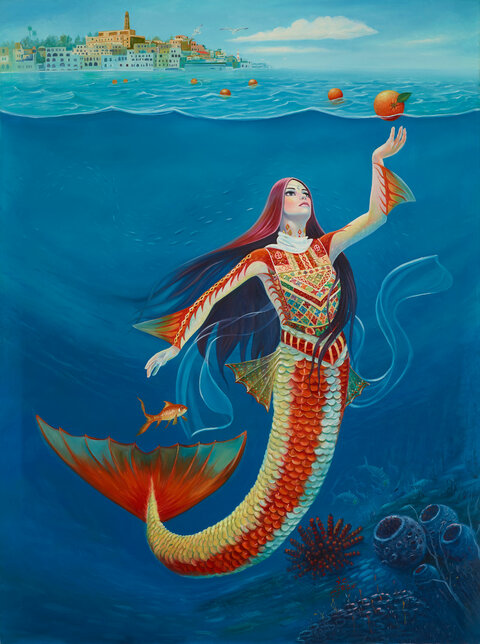