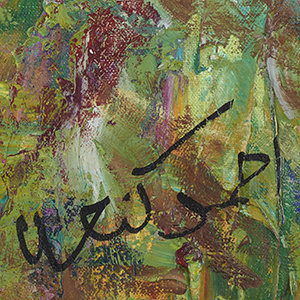 Born in 1965, in Tamra, the Lower Galilee, Palestine, Ahmad Canaan is a Palestinian painter and sculptor. He has lived in Tamra, now part of the Israeli state, since he completed his art studies at the Bezalel Academy of Arts and Design in Jerusalem from which he graduated with a BFA in 1989. In 2009, Canaan received a Diploma in Museum Studies from Tel Aviv University.

Canaan is the curator of Jaffa Salon of Palestinian Art and the founder of the municipal gallery in Tamra.

Canaan is a prolific artist who can alternate from one medium to another with ease. His flexibility and pragmatic approach to the problems of working and living in the state of Israel allowed him to develop as an artist and to advocate the concept of 'being Palestinian.' Palestine perceived as an idea, and a place in motion is what informs the imagery and form of the poetry of Mahmoud Darwish, which is part of Canaan's main inspiration.

In his paintings, Canaan addresses themes that go back in history to the twelfth century when Saladin paved the way for the re-conquest of Jerusalem. Canaan's sculpture of Saladin in Tamra indeed looks like the archetypal knight in shining armor and fits. However, a closer look reveals that it is constructed from a multitude of smaller knights. Pattern and repetition were typical in Canaan's work. He would create paintings with repetitive images of a knight riding on a horse - a central motif in his work.

Canaan revisited themes addressed by modernist artists such as Ismail Shammout and Suleiman Mansour. In expressive and nearly realistic paintings, he depicted peasants and pastoral images full of orchards and green olive groves, which became a symbol of endurance throughout the mid-nineties. The artist created sculptures made of the iconic key, a symbol of ownership of Palestinian houses. Also, Canaan painted the refugee man with his traditional Kufiyah and Eiqal while he sadly departs from his homeland.  Some of Canaan's monumental sculptures are made of metal, while other smaller ones are made of wood. They occupy public spaces and school playgrounds. The artist was keen to have children interact with his symbolic sculptures that narrate the history of Palestine.

Canaan received the American-Israel Cultural Foundation Prize in 1989. In 2003, and 2010 he received the artist in the Community Grant from the Israeli Ministry of Culture. He participated in group exhibitions and international symposiums in the Middle East, Europe, Japan, Russia, and the USA. Canaan lives and works in Tamra. 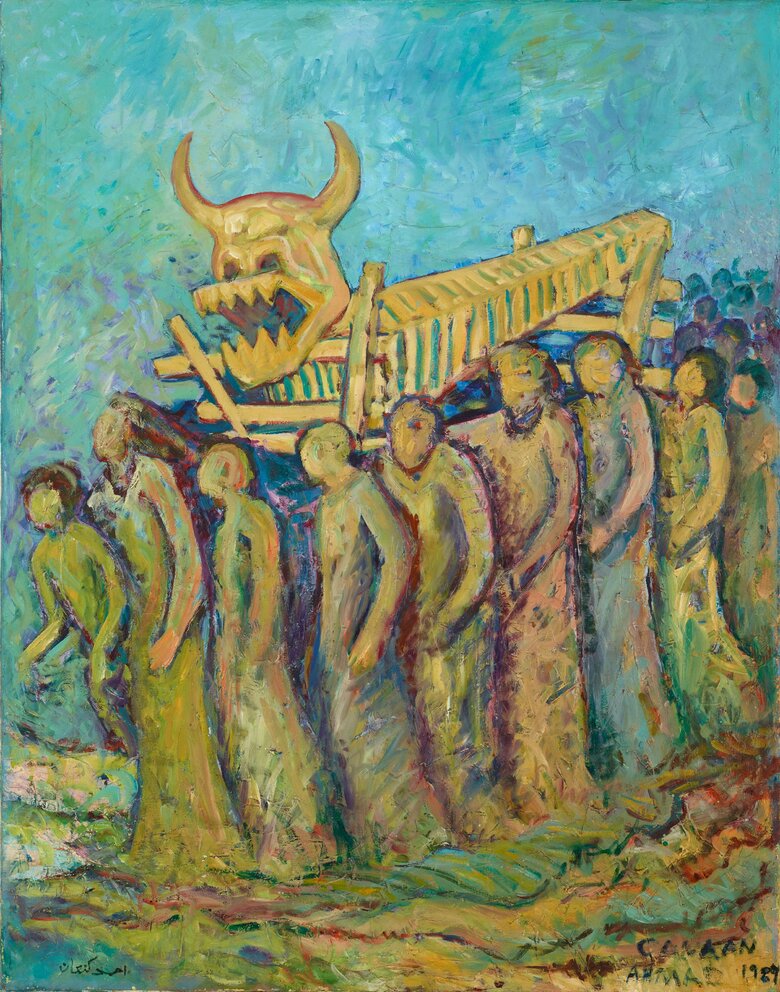 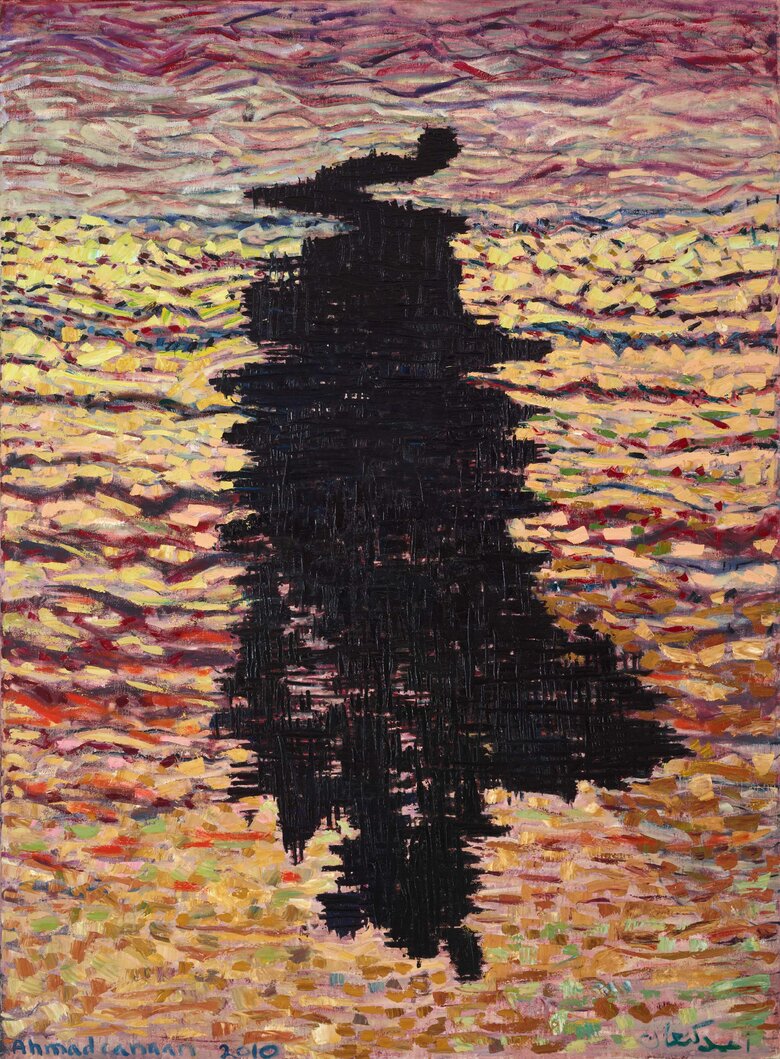 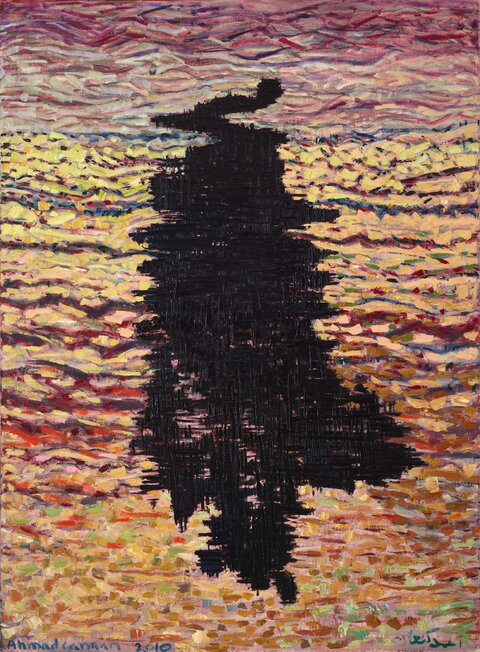 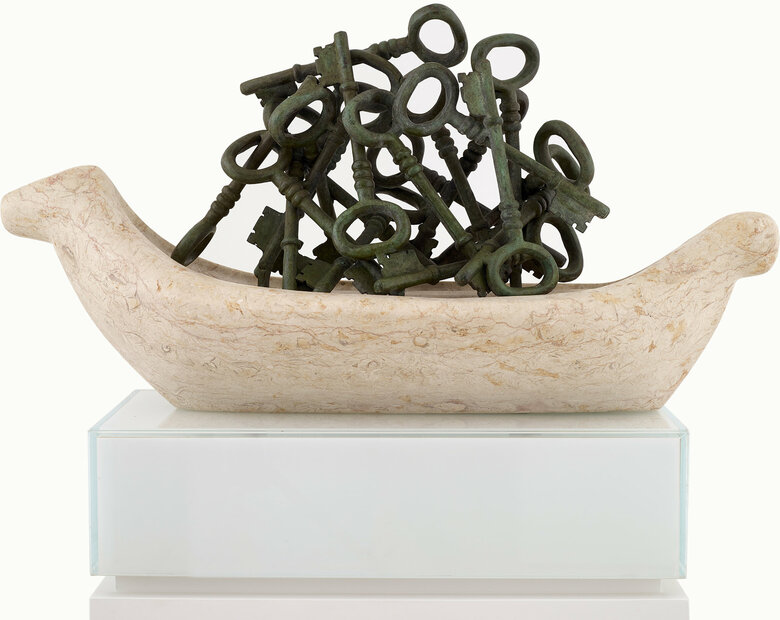 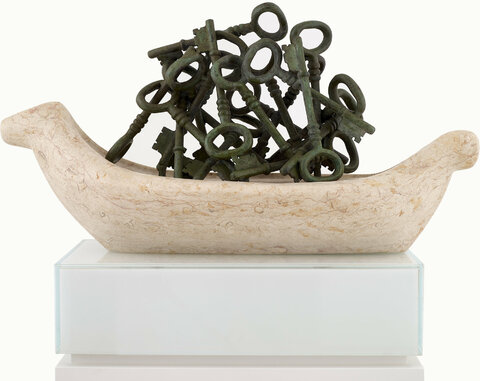 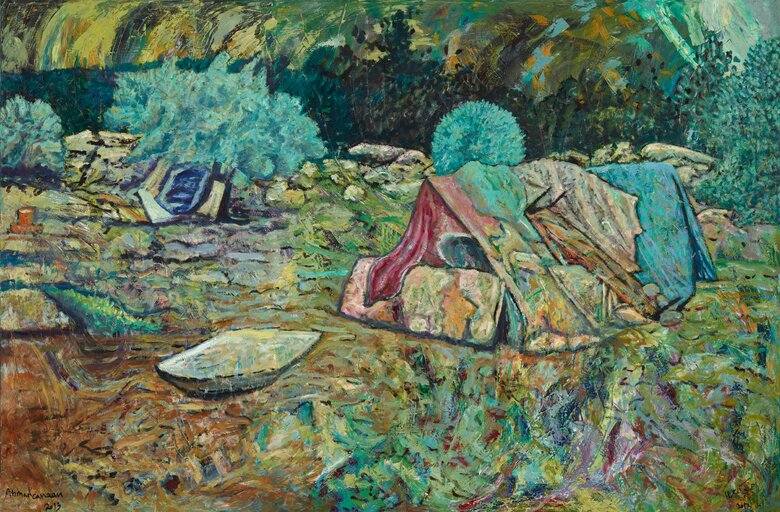 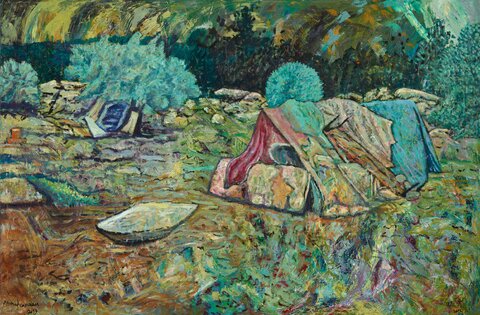 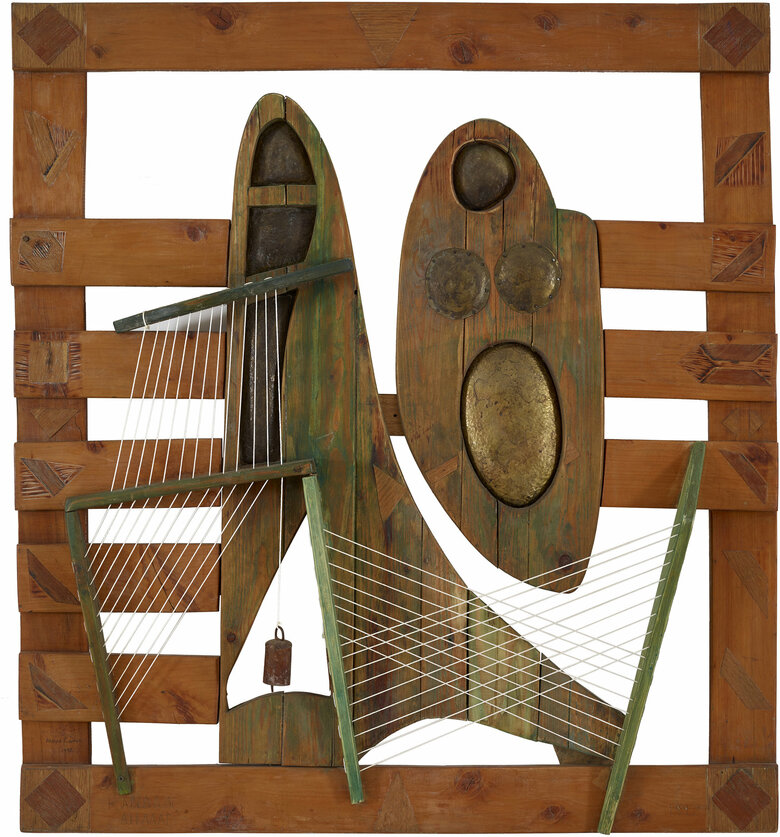