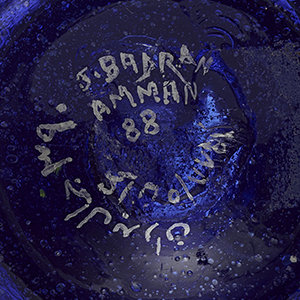 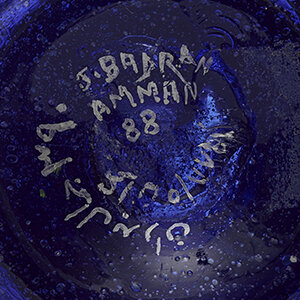 Written by Alessandra Amin Jamal Badran was born in Haifa in 1909. His inclination towards drawing and the applied arts was apparent from a very young age, and he showed a particular passion for...

Jamal Badran was born in Haifa in 1909. His inclination towards drawing and the applied arts was apparent from a very young age, and he showed a particular passion for Islamic arts. The artist cited the Mahmal as his first source of inspiration and awaited the arrival of this ceremonial palanquin every year as a child.[i] Carried by pilgrims on an annual journey from Damascus to Mecca, the Mahmal held the Kiswah for the Ka’ba from 1266 until 1952, and during Badran’s youth, its procession stopped in Haifa. Badran was captivated by the brocade palanquin, embroidered with gold, silver, and silk, and this fascination sparked a lifelong interest in Islamic traditions of ornamentation.

Jamal’s oldest brother, Saadi, perceived the budding artist’s talents and encouraged him to develop them through academic study.[ii] At the age of thirteen, having lost his father, Jamal moved to Cairo to follow Saadi’s advice. He deepened his skills at the Egyptian School of Decorative Arts (Madrasat al-Funun wa al-Zakharef) while living with his uncle, Sheikh Abdel Rahman, who was a scribe of Arabic religious manuscripts.[iii] He graduated in 1927. Following an earthquake that same year, Jerusalem’s Supreme Muslim Council commissioned the eighteen-year-old artist in the restoration the mosaics of the al-Aqsa Mosque. Specifically, he created reconstructive drawings for the restoration of missing mosaic elements adjacent to the famed mosque’s mihrab.

Jamal Badran’s artistic career took off in 1933 when he participated in the Palestine Pavilion at the First Arab Fair, hosted by the Council in Jerusalem. Here, Badran exhibited ornately painted decorative panels, wooden bas-reliefs emblazoned with Quranic verses, and a wide range of embossed leatherwork, all of which visitors received with enthusiasm.

The historical context of Badran’s success is essential to note. From the turn of the century through the end of the British Mandate in 1947, Western charity organizations and religious missions, including Terra Sancta Christian College, the American Colony Industrial School, the Pro-Jerusalem Society, and the American Red Cross, made an effort to revitalize traditional Palestinian handicrafts through workshops and training centers. As anti-colonial sentiment grew, Palestinian nationalists began to prize traditional embroidery, mother-of-pearl inlay, and other local art practices as symbols of independent Palestinian culture. At the same time, however, cheap, mass-produced goods imported from overseas threatened to overtake the tourist market, which was a lifeline to these visual traditions. The Palestinian bourgeoisie combatted this issue by collecting artisanal wares, developing a new appreciation for their cultural inheritance. Badran, dedicated to the renewal of Islamic arts, was a dynamic participant in this particular historical moment.

In 1934, following his triumphant debut at the Arab Fair, Badran was awarded a scholarship from the British Mandate government to study at the Central School of Arts and Crafts in London. There, he studied a range of fine and applied arts, including drawing, modelling, freehand painting, pottery, marbling, textile design, block printing and book binding, before graduating in 1937.[iv] After finishing his studies in Cairo, Jamal’s brother Khairi joined him in London, where he continued his education in textile work and lithography for a year. During their time in England, the young men both took an interest in the nineteenth-century British Arts and Crafts Movement. Together with their brother Abdel Razzaq, who studied stained glass and photography,[v] they sought to translate the ideals of the movement for a Palestinian context and decided to establish a studio in Jerusalem to encourage the modern development of traditional arts and crafts. The studio opened in 1945.[vi]

Back in Jerusalem, Jamal Badran exerted a major influence on the Palestinian art scene. As the Supervisor of Art Education, he created an arts curriculum for Palestinian schools that centered students, seeking to develop their talents and empower their creativity. He taught art classes at the Rashidiyyeh School, and the Arab College, providing instruction in Islamic ornamentation and Arabic calligraphy as well as watercolors, perspective and life drawing.[vii] During this time, he taught the famous artist and poet Jabra Ibrahim Jabra, who later cited him as an inspiring figure.[viii] After the Nakba robbed him of his studio, Badran continued his teaching career abroad, first in Syria (1948-1952), and later as a UNESCO “expert of ornamental arts and crafts” at higher teachers’ training colleges in Libya (1952-1962).[ix] During this time, the artist continued to develop his own work in addition to teaching.

In the 1960s, Badran returned to Jerusalem to work on the second restoration of the Dome of the Rock and al-Aqsa Mosque. Here, in 1969, an Australian extremist burned down the Minbar of Saladin, claiming to have enacted the will of God; Badran was commissioned by the committee for its renovation (al-Awqaf) to design its restoration. Working from archival photographs and charred remnants of the ornate thirteenth-century pulpit, Badran logged 2,250 hours on the project.[x] He revived, re-created and renovated all the original decorations, calligraphy and patterns of the burnt minbar, producing thirty-one drawing panels in 1:1 scale for immediate implementation. He completed this monumental work in 1976, and in 1982 was tasked with reconstructive drawings and paintings for additional missing pieces of the damaged mosaic inscription adjacent to the mihrab in Al-Aqsa mosque. The minbar itself was not restored and installed until 2007, eight years after Badran’s death, and despite the centrality of his drawings to the effort, he never received the credit he was due.

Jamal Badran died in Jerusalem in 1999, but his legacy lives on in the artistic practices of his children and grandchildren. His daughter, Samira (b. 1954) is a multimedia artist, and his granddaughter, Ola, works in theater as a set and costume designer. His son Rasem (b.1945) is an artist and architect of international renown who received the 1995 Aga Khan award for the design of Qasr al-Hokm in Riyadh. Together with his son, Jamal, Rasem runs an architectural firm dedicated to the central tenant of his father’s career: the marriage of cultural heritage and contemporary technology.[xi] During the course of his long career, Jamal Badran made an enormous contribution to Palestinian artistic culture, and his vast corpus of artwork remains a testament to his skill, determination, and central place in the twentieth-century revival of traditional Islamic arts and crafts.

[ii] Personal correspondence with the artist’s daughter, Samira Badran, May 2020.

[iv] Salwa Mikdadi, “Badrans: A Century of Tradition and Innovation,” This Week In Palestine no. 114, October 2007 (online). https://palestine-family.net/badrans-a-century-of-tradition-and-innovation/

Mikdadi, Salwa. “Badrans: A Century of Tradition and Innovation,” This Week In Palestine no. 114, October 2007 (online). http://archive.thisweekinpalestine.com/details.php?catid=11&id=2281&edid=146

The University of Amman Award for his achievements in higher education, Amman, Jordan
Jerusalem Medal for Culture, Literature and Arts, Occupied Palestine

Art (excerpts from the Encyclopedia of the Palestinians)

Permission to paint: Palestinian art and the colonial encounter

Illuminated by the Sun, a homage to my father, artist Jamal Badran

A century of the Badrans’ family in Jerusalem

"Badrans: A Century of Tradition and Innovation "

This Week in Palestine, English, 2007

The Grand Master of Islamic Decoration 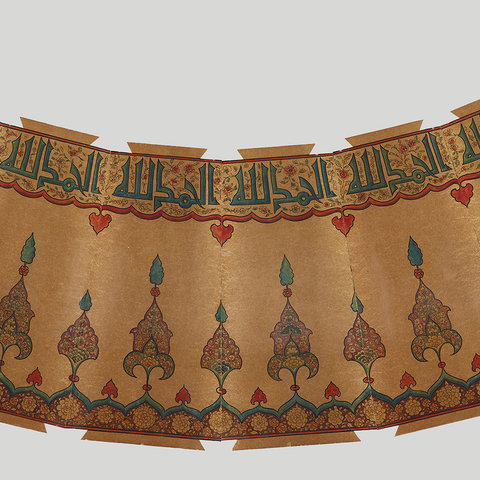 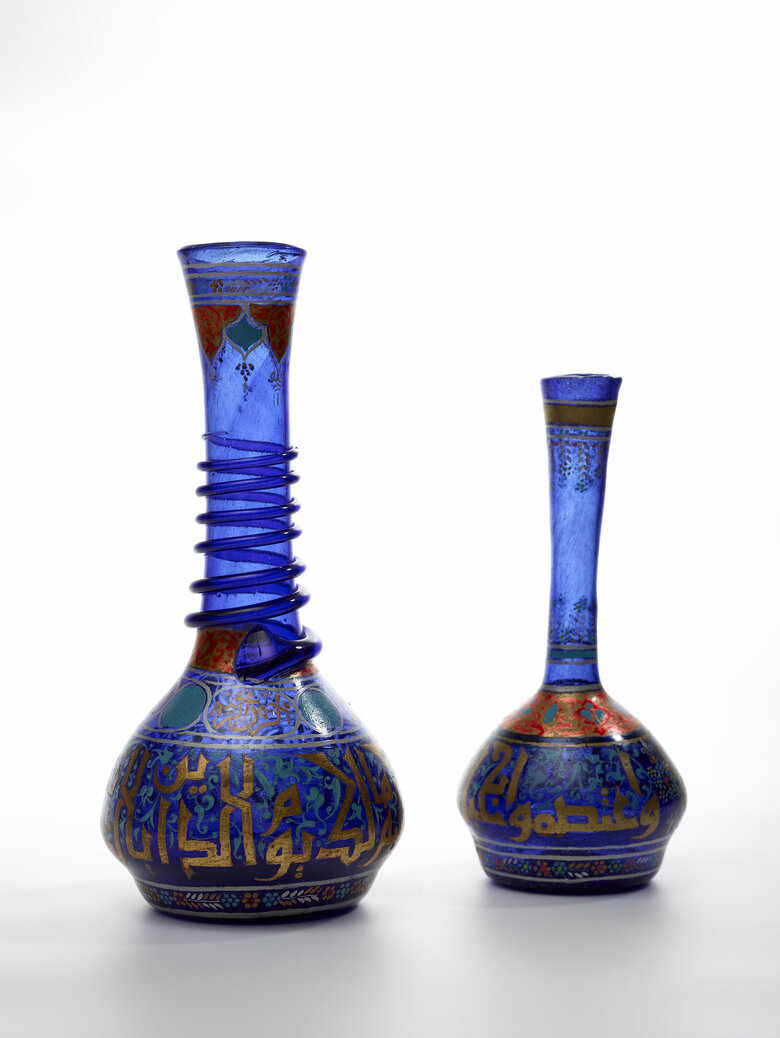 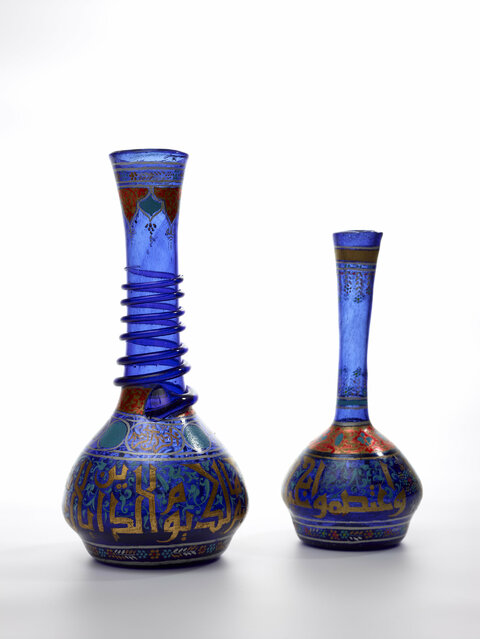 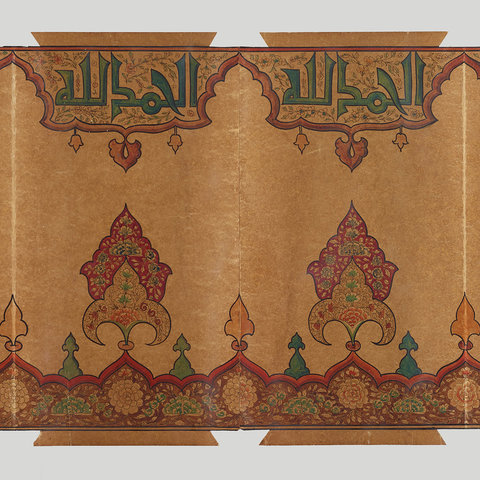 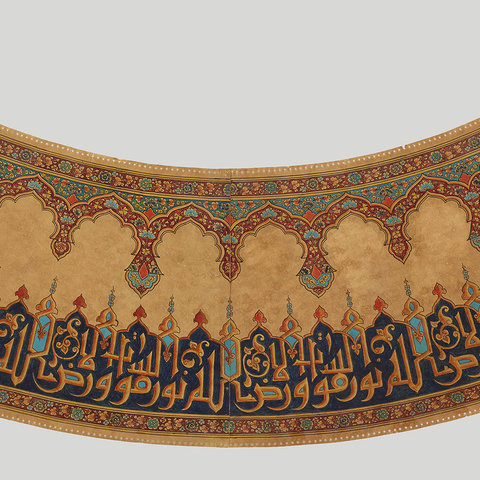 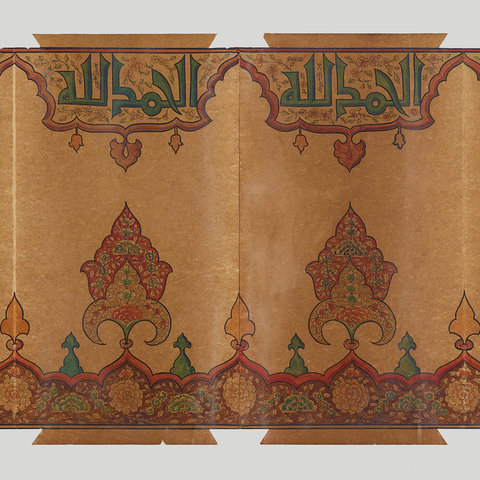