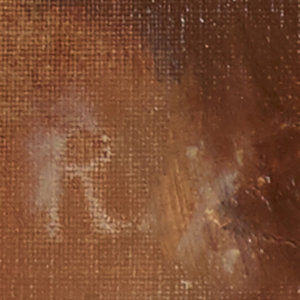 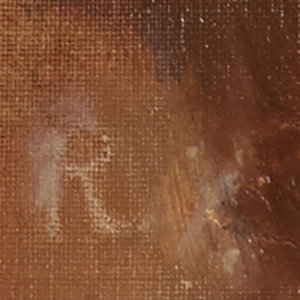 Born in 1913 in the city of Minyah, Egypt, Ramses Younan grew up in a modest, and Coptic family. In 1929, he enrolled in the School of Fine Arts, and started a teaching career in public schools all around the country, right after he obtained his teaching certificate in 1934. The following year, Younan joined the group called Jama’at al-Daa’ya al-Faniyya (Art Advocates Society), founded in 1933 by the Egyptian artist Habib Gorgi (1892-1965), and some art educators such as Youssef al-Afifi, and Hussein Youssef Amin (1904-1984). The group contributed to the promotion of art education in Egypt, and published the book entitled Ghayat al-Rassam al-‘asri (The Aim of the Contemporary Artist), written by Ramses Younan in 1938. The latter would eventually join the group of Art and Liberty, which initially stood up against the Fascist movement, and ideology from Europe, having reached Egypt in the mid-1930s. With a versatile profile, Younan actively participated in the introduction, the elaboration, and the spreading of the Art and Liberty  ideas. And his thought was regularly published in several articles, including ‘From Dada to Surrealism’ in 1942, and ‘The Decision belongs to the People’ in 1943, all issued in the leftist magazine Al-Majallah Al-Jadidah (The New Magazine) – founded by Salama Musa (1887-1957) in 1929. The remarkable work of Ramses Younan was such that he became editor of the magazine from 1941 to 1944, the year it was banned by the state[1]. This magazine tackled different subjects such as societal problems, arts, and politics; which consequently made it a great medium of expression for the artists of Art and Liberty. However, due to his political commitment, and activities, Ramses Younan was arrested in 1946. After being released, he traveled to France in 1947, where he settled in Paris. There, he pursued the painting, and simultaneously worked for the French National Radio between 1952 and 1956. On July 16th 1956, the government of President Gamal Abdel Nasser (1918-1970) nationalized the Suez Canal Company, and the troops of Israel invaded the Sinai, followed by the bombing attack of France, and Great Britain[2]. Concerning this event, Younan was somehow torn between the new nationalist, and revolutionary vision of Egypt, and the French imperialistic politics. And because he didn’t want to take any position in favor of France on the radio, he left the country to go back to Egypt in 1956. In 1960, the Egyptian Ministry of Culture granted him support, enabling him to fully dedicate his time to painting.

On December 22nd, 1938, Art and Liberty announced their bi-lingual, Arabic-French manifesto named Yahya al-Fann al-Munhatt (Long Live Degenerate Art), which was signed up by artists, but also writers, journalists, and lawyers. They firmly condemned the rise of the Hitlerian power, and ideology in Europe, as they stated: ‘[In Vienna] Works by great German [sic] artists such as Marx Ernst, Paull Klee, Karl Hofer, Oskar Kokoschka, George Grosz, and Vasily Kandinsky have been confiscated and replaced by worthless National Socialist art’[3]. They consequently proposed an innovative artistic program, which corresponded to the contemporary times, and the social realities of Egypt. Indeed, the group of Art and Liberty demonstrated in a various artistic production, which included paintings, installations, and also photography, the fears, and anxiety, of a generation living in wartime.

When it comes to the study of Ramses Younan’s career, it is important to note that he was also an important intellectual, and the author of a consequentially written oeuvre. First, he is known for the translations into Arabic from French literature, like the bundle of poems entitled Une Saison en Enfer by the French poet Arthur Rimbaud (1854-1891), as well as the play Caligula by the writer Albert Camus (1913-1960). On the other side, his writings exposed his theoretical, and philosophical ideas about art, which were mainly in the foundation of the Art and Liberty group’s development. Thus, Younan defined the group, and its scope, taking a critical view of Surrealism in Europe, especially in the book Ghayat al-Rassam al-‘asri (The Aim of the Contemporary Artist). He effectively engaged an analysis of the movement in Europe, and highlighted the dimensions, that it could take: ‘The art of this group [Surrealist Artists] is liable to degenerate into an artificial, forced art that demonstrates the wit and skill of the conscious mind more than the specters and impulses of the unconscious’[4]. To Ramses Younan, although the artistic approach of the Surrealist artists in Europe was avant-garde, it still belonged to the ‘bourgeois mythology’, which provided an illusion in favor of capitalism, and bourgeois existence[5].

In the 1940s, the oeuvre of Ramses Younan highly followed the thought, that Surrealism could be associated to a moral, and social revolution. Nevertheless, the painter stressed the project of shaping a new form of Surrealism, that he would call ‘Subjective Surrealism’. This new form encouraged the artists to integrate identifiable symbols in their works, through a completely free creative process. Like his colleagues, Younan depicted the portrait of a society, which experienced the poverty in Egypt during the years of WWII, and in particular the problem of the prostitution. In 1940, Ramses Younan wrote an article, Al-Bagha’ Mushkilah laha Juthour (Prostitution is a Problem with Roots) for the periodical Al-Tatawwur (Evolution), denouncing the fact that, because of the extreme poverty in Egypt, some women were forced to work in brothels. From this period, the artist produced works such as La Passion Sauvage (1940), part of the Dalloul Art Foundation’s collection, where he expressed another vision of the female body, which would embody the social issues. Here, he decided to use a dark palette of colors, with a combination of red, and earthy tones, in order to insist on the frightful, and gloomy atmosphere of the scene. In the middle of the composition, he illustrated a naked woman, who is screaming, and seems to be in profound distress. Detached from any academic painting rules, which commonly value the beauty of the female body, Ramses Younan chose to dehumanize the one of his character. As a matter of fact, he intentionally ripped apart, and distorted the body, while he exaggerated the muscles of the arms, and the legs. On another level, he created a sort of a beast, or monster, with nipples of the woman’s breasts looking like bulging eyes; and the stomach becoming jaws. The woman is mutilated, and resembles a skeleton. The Egyptian Surrealist artists were extremely cultivated, and had a strong knowledge in the psychoanalytic theories of the Austrian neurologist Sigmund Freud (1856-1939), which nurtured their artistic reflection. In La Passion Sauvage, Ramses Younan offered a rich narrative interpretation of the several struggles, from which the woman is suffering: a physical struggle due to the wartime, an inner one with the subconscious, an outer one with the conventions, imposed on her by the society.

The surrealist environment, in which Ramses Younan took the public, is readily apparent in Untitled (1946), also part of the Dalloul Art Foundation’s collection. The painter illustrated an imaginary scene, in which he again worked on the dismantling of the physical reality. Playing with the shadows, and the light, he integrated in the composition some enigmatic figures, and only a woman is identifiable. The latter is naked, and her long dark hair completely covers her head, while she is walking. By her feet, a head of a man is placed on the floor; and in the middle of the scene, appear two other figures, which recall creatures of darkness, carrying a kind of oil lamp. It is difficult for the viewer to clearly identify the elements, and the actual meaning of the painting. Ramses Younan rendered a world close to the one of the subconscious, the dreams, which are free from any reasonable logic, and mental mechanism. This peculiar plastic treatment manifested his new artistic vision that would replace what he called the ‘bourgeois mythology’. He explained this approach in the two following essays La Désagrégation des mythes (The Disaggregation of Myths), and Notes sur une ascèse hystérique (Notes on a Hysterical Asceticism), by presenting the importance of the artist’s role, and the dimension, which a painting should take. In his writings, he tended to discredit truth, and its control over fiction[6]; and considered the notion of ‘falseness’ to have a powerful part in the act of creation. Yet, as the Surrealist movement was declining, many Egyptian artists moved towards abstract art. As of 1960s, Ramses Younan produced abstraction seen in the two examples Untitled, both dated from 1964, and part of the Dalloul Art Foundation’s collection. Using warm earthy colors, Younan filled the surface of the canvas with heavy, and thick brushstrokes. Abstraction, which was also linked to the traditional ancient Egyptian art, could be another alternative to express the free imagination of people, and reflect a form of the unconscious.

According to Ramses Younan, the movement of Surrealism in Europe, was still in a phase of experimentation[7]. Through his painted, and written work, he succeeded in proposing another artistic, and theoretical vision of Surrealism, which occurred in Egypt as another contribution to the European artistic avant-garde.

Ramses Younan passed away in 1966.

Kanafani, Fatenn Mostafa. “The Permanent Revolution: From Cairo to Paris with the Egyptian Surrealists,” 2016. https://www.academia.edu/30032558/The_Permanent_Revolution_From_Cairo_to_Paris_with_the_Egyptian_Surrealists.

Mostafa Kanafani, Fatenn. “The Island of Hope, How the Art and Liberty Group Sought to Save Egypt from Itself,” 2016. https://rawi-magazine.com/articles/egyptian_surrealists/.

Paintings of contemporary artists of the U.A.R, Montreal, Canada

The Double Game of Egyptian Surrealism: How to Curate a Revolutionary Movement

The World of Mahmoud Said

The Future of Culture in Egypt

Fresh perspectives on the Egyptian Surrealists of the 1930s and 1940s

The Egyptian Surrealists in Global Perspective A Report from the AUC

Tea with Nefertiti moves to Munich

Tea with Nefertiti at Mathaf

In Conversation With : Hala Khayat 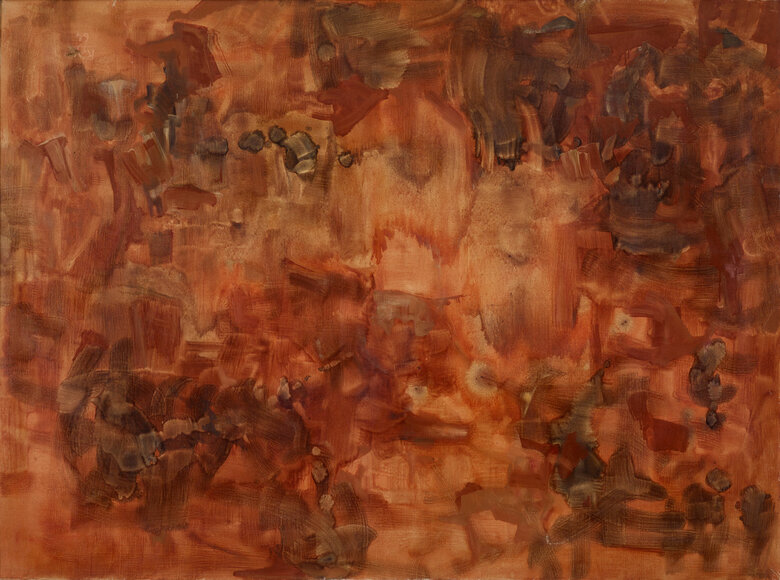 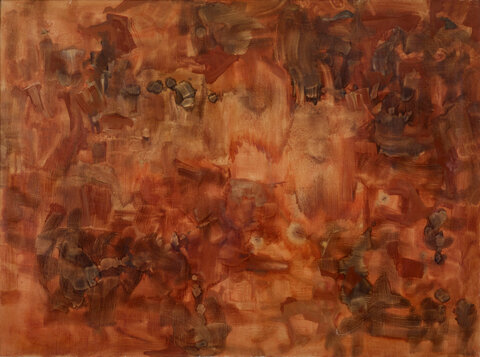 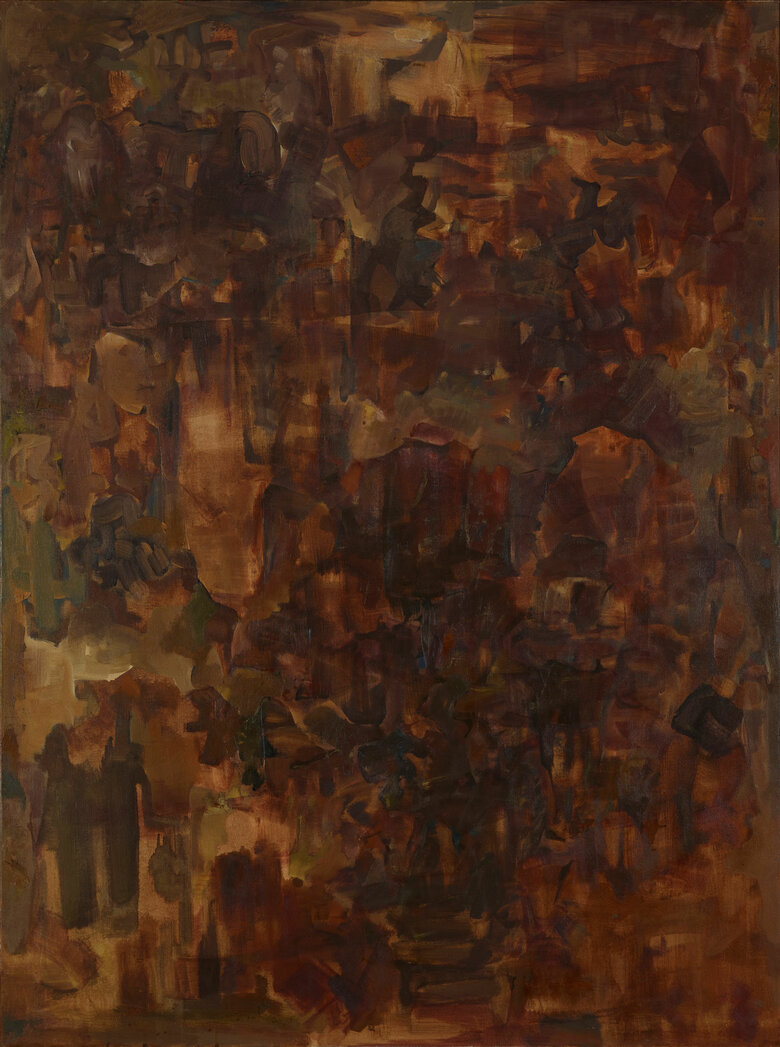 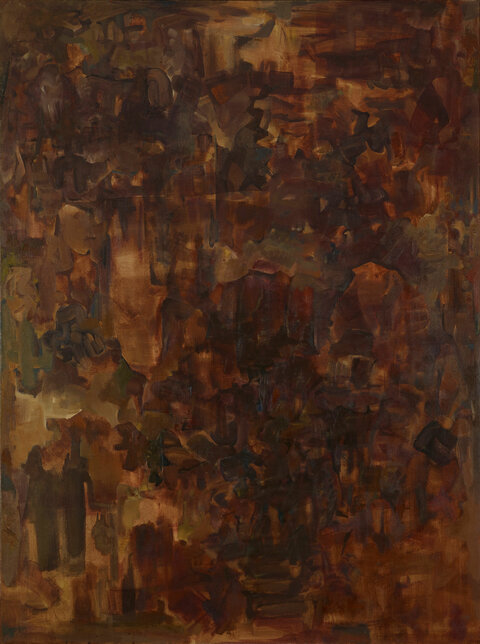 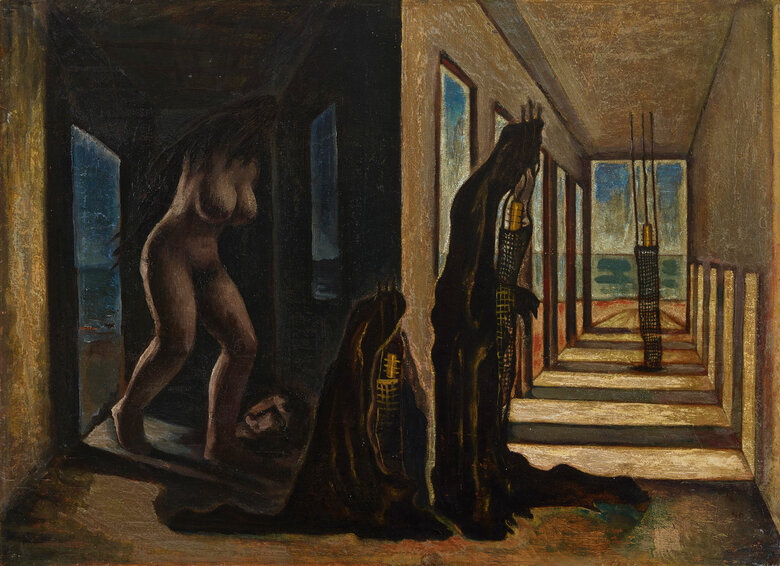 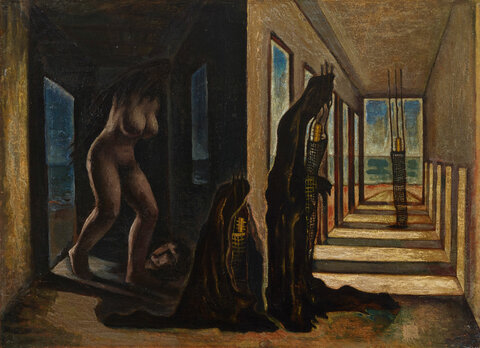 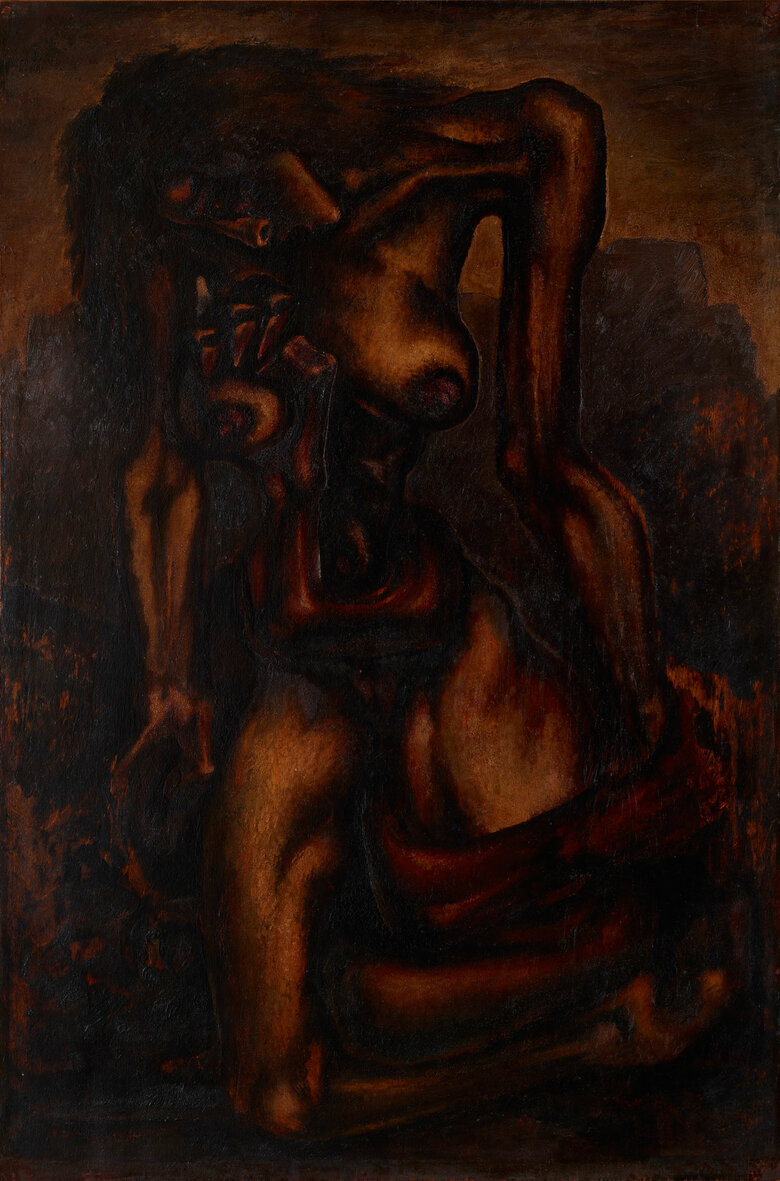 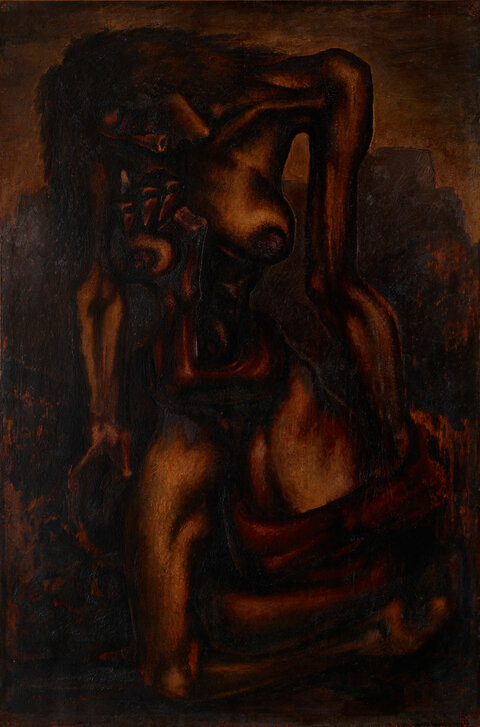