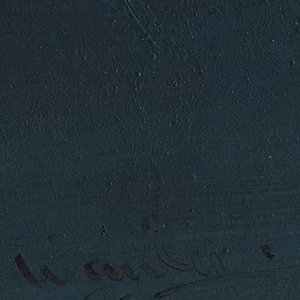 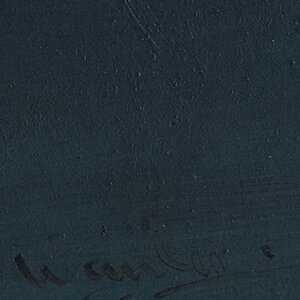 Born in 1908 in the palace of Erfan Pasha, located in the district of Moharam Bek in Alexandria to an aristocratic family, of Turkish, and Dagestan origins; Adham Wanly was the younger brother of Seif Wanly (1906-1979). They both had the common artistic journey, as they received the same art education, tutored by private teachers, when they were young. Adham Wanly also had to respond to the expectations of his parents, but eventually attended, with his brother, classes in the studio of the Italian painter Ottorino Bichhi (1878-1949) from 1925 to 1929. There, they trained in painting, and also learned art History. When Bicchi returned to Italy before the outbreak of the WWII, he told the Wanly brothers to start their artistic career. Back then, Adham Wanly used to make caricatures, and published his drawings in some Egyptian magazines like Al-Musawwar, and newspaper such as Al-Ahram. This led him to take his first steps on the local artistic scene, when he presented his satirical paintings at the Salon de Peinture d’Alexandrie in 1932, and for which he won the gold medal of that same category.

In 1935, the Wanly brothers co-founded with their friends, the Egyptian movie maker Mohammed Bayoumi (1894-1963), and the painter Ahmad Fahmi, the Hall for Fines arts in Alexandria, which aimed to encourage the general practice of fine arts, including photography, and acting. This atelier was in a building owned by Prince Youssef Kamal (1882-1969), and which progressively turned into a cultural place, gathering painters, intellectuals, and even British soldiers. However, Adham and Seif Wanly (1906-1979) faced financial problems, and both worked as employees in public sector, since they couldn’t properly live as artists. In the 1950s, they both traveled to Europe, where they visited France, Spain and Italy. In 1957, Adham Wanly became professor at the Faculty of Fine Arts in Alexandria, which was founded by the Egyptian sculptor Ahmad Osman (1907-1970) in that same year.

The oeuvre of Adham Wanly is characterized by the different environments, in which he lived. His early works showed his deep fascination for the city of Alexandria, which can be seen through the illustration of outdoors scenes such as cafés, buildings, and streets. This style of painting is quite similar to that of the French movement called École de Barbizon from the 19th century, which encouraged painters to find their subjects, and inspirations outdoors[1].  These scenes, that Wanly produced, were the true testimony of the Alexandrian daily life, and quickly caught the attention of foreign consulates established in Egypt[2]. At that time, the cousin of the Wanly brothers was director of the Cairo Opera house; which familiarized themselves to the world of entertainment. In Europe, Adham Wanly also discovered the active night life, the ballets, and theater performances. This became another source of inspirations for his paintings, to the extent that in 1950, when he presented, with Seif Wanly (1906-1979), his works at their first exhibition held at the Museum of Modern Egyptian Art in Cairo, some journalists from the French newspaper Le Monde, said: ‘Those painters are the descendants of Degas’[3]. The French impressionist artist Edgard Degas (1834-1917) was effectively known for his paintings of classical dancers, and ballets.

In the work Untitled (1954), part of the Dalloul Art Foundation’s collection, Adham Wanly depicted a scene, where three female classical dancers are performing on stage. With a play between shadow, and artificial light, the painter combined tones of blue, with yellow, rendering the mottled ambience of the place, which is most probably an opera. The plastic treatment is also relevant of the inspirations, that Wanly took from the modern art movements occurring in Europe in the 20th century, especially in France. He decided to employ a flat perspective, and contoured the silhouette of the characters with thick black brushstrokes. And recalling a post-impressionist technique, he reduced the elements of the dancers’ bodies to simple lines, and almost abstracted forms. The scene is viewed from the top, and this makes the viewer feel like the spectator of the performance. Adham Wanly didn’t only represent scenes, but also wanted to convey the feelings, and the emotions, out of the composition. In another work entitled Ballet Dancer (1956), also part of the Dalloul Art Foundation’s collection, the artist illustrated a couple of classical dancers, who seem to be flying in the air. The optimal use of blue, and the forest, which serves as the backdrop behind the two characters, render a dreamlike world at night, in which the viewer is taken.

Although the theme is typical of the oeuvre of Adham Wanly, the local culture, and traditions also remained a big part of his artistic work.  In 1959, he was appointed by the Ministry of Culture, alongside with Seif, and other Egyptian artists, to conduct research, and documentation on the architectural heritage of Nubia, in the city of Aswan. The region was then flooded because of the construction of the Aswan High Dam, initiated, and supervised by the Egyptian president Gamal Abdel Nasser (1918-1970) during the 1960s and 1970s. From that period, Adham Wanly produced works, which represented the colorful rural daily life, with peasants, and their celebrations, in the desert, and by the Nile river.

The art, and the career of Adham Wanly reflects the society, and the history of modern Egypt. By living in the cosmopolitan city of Alexandria, under the pro-British monarchy, the painter could enrich his knowledge, and technique on the Western culture, and art. He took benefit from this, to create works related to the cultural, and artistic European scene, but also inherent to the local culture in Egypt.

Adham Wanly passed away in 1959 in Alexandria.

On the occasion of the anniversary of Adham Wanly, Museum of Fine Arts, Alexandria, Egypt 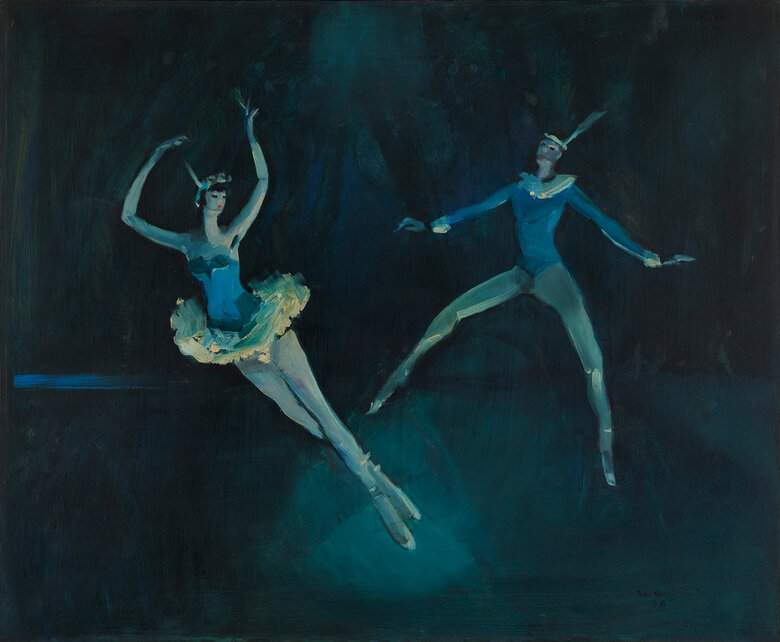 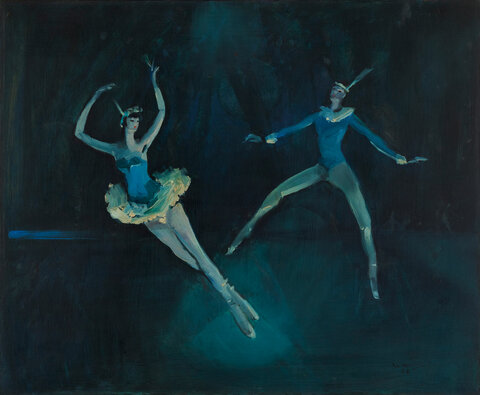 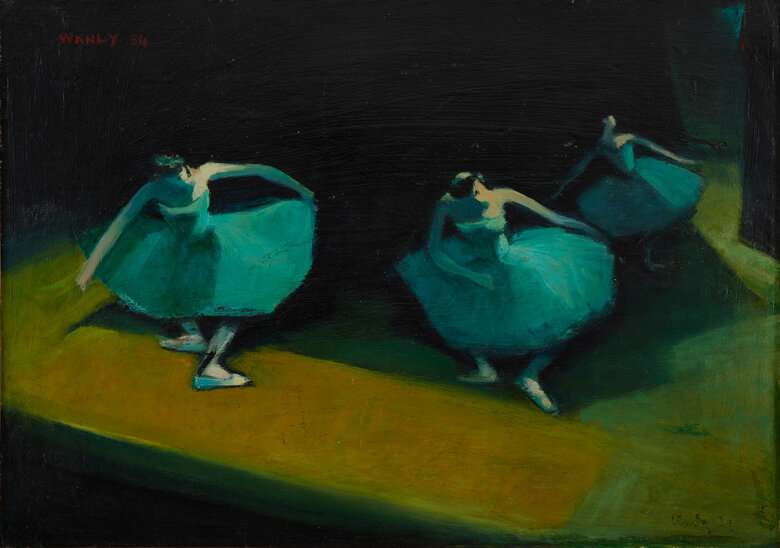 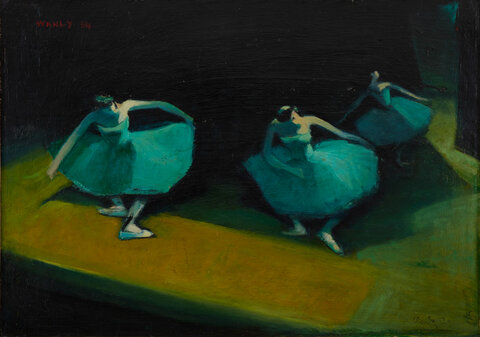