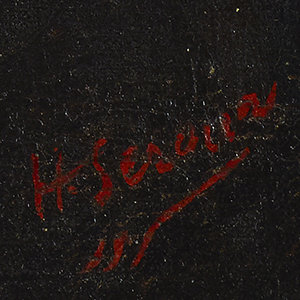 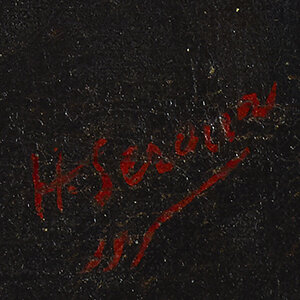 A pioneer of the Lebanese artistic renaissance of the late 19th century, Habib Serour was known as a master of portraiture and religious painting. Born in Beirut in 1863, Serour left in his early teenage years to live with his family in Rome. Here, he studied painting under Roberto Bompiani, a professor and president of the Accademia di San Luca in Rome. Serour returned to Beirut in the 1890s after an extended stay in Egypt. He taught art at the Ottoman Imperial School in Bashoura, as well as in his studio in the confines of Alfred Sursock's private home. By establishing one of the first art workshops in Lebanon, Serour laid the foundations for an artistic renaissance that would launch a generation of artists such as Moustafa Farroukh, Rashid Wehbe and Saliba Douaihy. Serour was also behind the discovery of the artistic talent of Gibran Khalil Gibran, who frequented his summer studio in Bsharré.

A portraitist in high demand among the élite, Serour adapted his taste to that of his clients while remaining faithful to classical forms in his portraiture and religious commissions. Challenging pure formalist representation, Serour often allowed himself the freedom to paint non-commissioned portraits of ordinary people with a unique realism that disclosed their psychic depths. Capturing the anatomical vitality of his models revealed Serour’s acute perception and ability to achieve near-perfect resemblances. The artist additionally made religious paintings that showcased his skill for classical iconographic composition.

During his stay in Egypt, Serour witnessed the Orientalist art that dominated Cairo salons in the late 19th and early 20th centuries. He became interested in subjects such as Bedouins and nomads, though avoided objectifying them with the idealistic exoticism that was popular among European artists at the time. Serour instead focused on their power in the face of hardship. His body of work originated what became known as the school of rural realism, which espoused a style of sensitive mimesis that is apparent in his portraits, landscapes, costumes and still lifes.

Lebanon and its environs faced much economic, social and political change in the era leading up to World War I. This was exacerbated under the tyranny of Ottoman ruler Gamal Pasha the Assassin (r. 1893-1918), who imposed a fishing ban on a country already struck by waves of famine, poverty, and homelessness. While visiting a friend who had just returned from sea with an abundant clandestine catch, Serour painted each fish with intense realism and darkness that echoed the consequences of the ban. Paintings like these cemented Serour as a witness and commentator of his time.

Serour passed away in 1938, leaving behind a legacy of art education that was foundational to modern Lebanese art.

The Municipality of Beirut named a street after him

The Municipality of Beirut issued a stamp bearing the artist'sauto portrait, Beirut, Lebanon

The Order of Knowledge from the French authorities, Beirut, Lebanon

Thoughts on the bare naked Arab 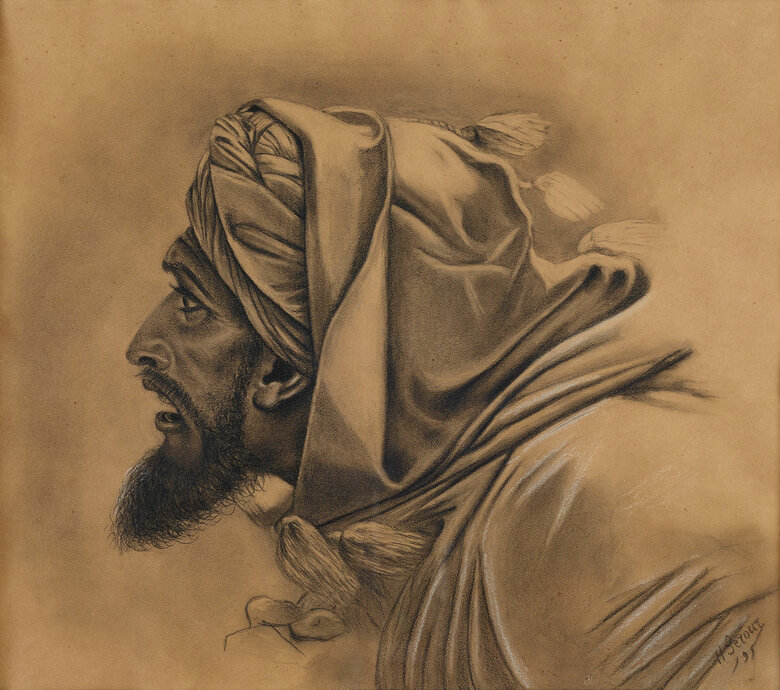 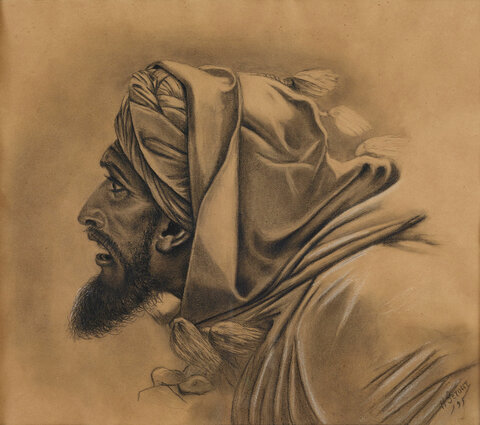 Portrait of the Arabian 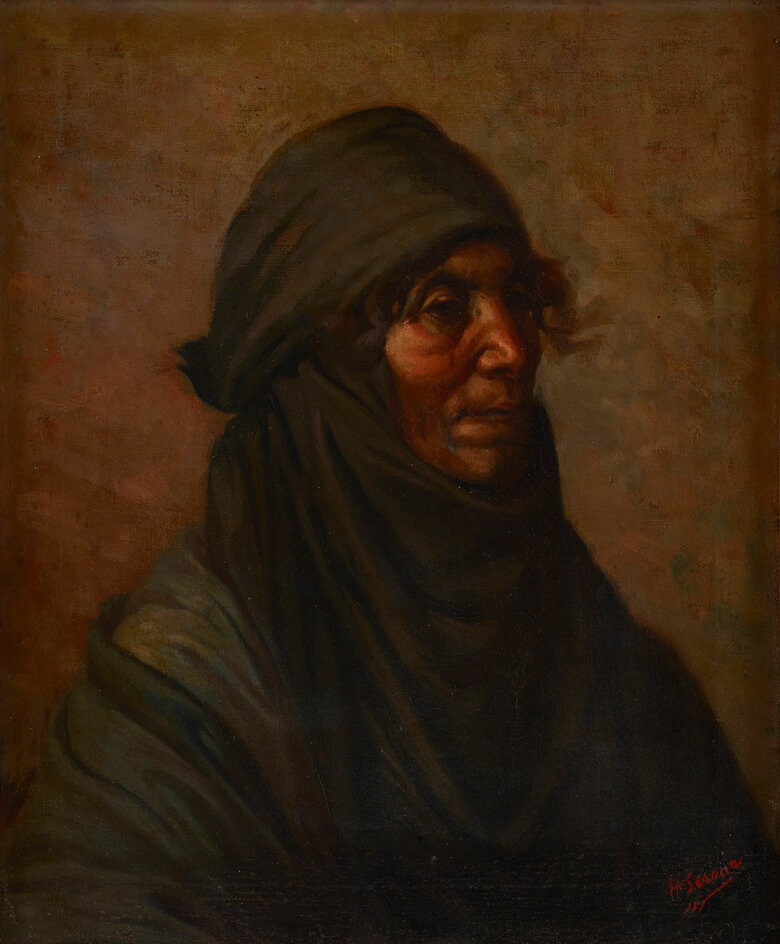 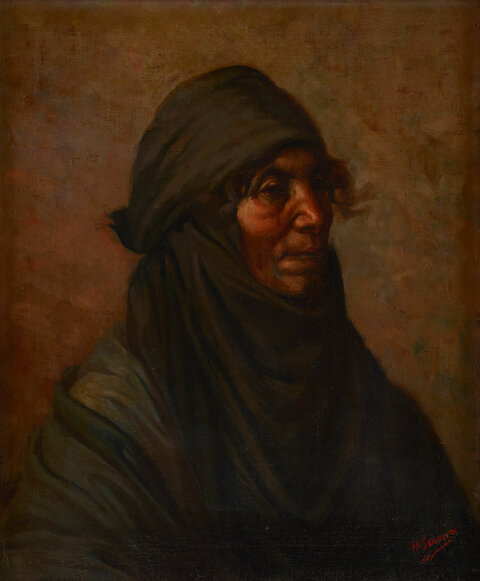