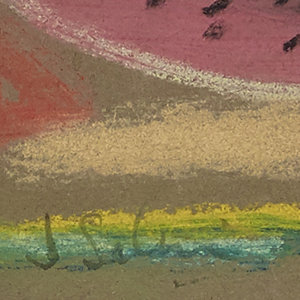 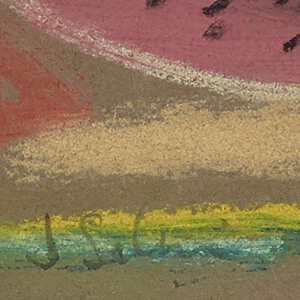 Written by Arthur Debsi Born in 1919 in Ankara, Turkey, Jewad Selim was bound to pursue a career as an artist. His father, originally from Mosul, was an Ottoman military commander with a creative...

Born in 1919 in Ankara, Turkey, Jewad Selim was bound to pursue a career as an artist. His father, originally from Mosul, was an Ottoman military commander with a creative side. Having studied landscape painting at the Ottoman Military Academy, he encouraged Jewad and his siblings to express themselves through art; his sister Nazihah ultimately became a painter, and both his brothers Nizar and Suad became illustrators. Jewad’s passion and potential were first revealed in 1931 when the twelve-year-old artist participated in Baghdad’s Industrial and Agricultural Fair. After receiving a scholarship from the short-lived Hashemite government of Iraq (1920-1958), he enrolled at the École des Beaux-Arts in Paris in 1938, where he studied painting and sculpture under Marcel Gaumont (1880-1962) until the German invasion began in 1939. Relocating to Italy, he studied in the Roman atelier of sculptor Angelo Zanelli (1879-1942) until 1940. Forced to return to Iraq by the outbreak of World War II, Selim taught painting and sculpture at the Fine Arts Institute in Baghdad from 1940 to 1945. During this period, he served as a curator at the National Museum of Iraq, founded two decades prior by Gertrude Bell (1868-1926). He left Baghdad for Great Britain in 1946, where he spent five years training at the Slade School of London under English artist Henry Moore (1898-1986). During his stay in England, Selim met his wife Lorna, a fellow musician and painter who would later render Iraq, its architecture, and its people in a new and refreshing light.

Living in Europe immediately before and after World War II, Jewad Selim thrived in the intensely creative atmosphere of flourishing modern art movements. Eagerly sketching his foreign environment, he sent images of streets, parks, landmarks, and advertising posters back to his family and friends. In Paris, he drew inspiration from the cubist works of Pablo Picasso (1881-1973), and in London, he nurtured a deep passion for the sculptures of his mentor, Henry Moore. Though he had trained in academicist traditions of art, he was encouraged by Moore and others to look beyond the idea of art as a strict reflection of reality. Bringing this concept home with him, he was faced with the complex challenge of bridging the gap he knew all too well separated the Iraqi people from fine art, especially abstract art. The first step towards rendering art comprehensible and accessible to the Iraqi public, believed the artist, was to create a local visual language. To do so, he sought a certain type of “Asala” or authenticity, that would shape the contours of Iraqi artistic identity.

In 1951, Selim and his contemporary, Shakir Hassan al-Said (1925-2004), founded the Baghdad Group for Modern Art (Jamaat Baghdad lil-Fan al-Hadith). Incorporating the forms and aesthetics of the region’s past, the group challenged notions of modernity as something foreign to be imported from Europe or America, instead proposing a direct link between modernist principles and Iraq’s visual history. Whereas previous arts culture in Iraq had revolved largely around European models, the Baghdad Group positioned istilham al-turath, or the inspiration of cultural heritage, as the foremost guideline for the elaboration of Iraqi modern art. Revisiting Akkadian and Sumerian sources served a dual purpose for Selim and his contemporaries. Firstly, it provided Iraqi artists with a model that was inherently “theirs,” originating in the work of their forebears rather than from that of Western artists. Secondly, it became a manner to legitimize these ancient artforms through the language of modern art. These sources, argued the Baghdad Group’s members, were already modern masterpieces; their abstract forms, simplified lines, and geometric emphases formed the basis of modern art thousands of years before Picasso ever held a paintbrush.

The principles of the Baghdad Group come to life in Selim’s art. Beginning with his tenure at the National Museum of Iraq, where he had access to a collection of archeological remains, Selim took an interest in Sumerian and Babylonian civilizations. Observing the museum’s artifacts, he began to reflect on the ancient legacy of Iraq and its significant place in the history of global civilization. Entranced by the fragments of Mesopotamian crafts, he drew from the earthy colors of their materials –umber, ochre, orange, sienna– in choosing the palettes for his own paintings, and derived inspiration from their depictions of the human figure. The influence of ancient artforms is striking, for example, in Young man and his wife (1953). The canvas, featuring the abstracted portraits of a man and a woman, is clearly a work of modern art; nevertheless, its geometrical facial features, exaggerated eyes, and hieratic composition recall Sumerian votive statues.

The Baghdad Group’s interest in Iraqi history was not limited to ancient Mesopotamia. In its manifesto, the group celebrates 13th-century illustrator Yahya al-Wasiti, best known for his work on al-Hariri’s Al-Maqamat (The Assemblies), evoking his era as a time of Iraqi cultural prosperity. From 750 to 1258, Baghdad was the capital city of the Abbasid dynasty, a hub of cultural and artistic activities in control of a vast empire, and Al-Maqamat reflects life in a flourishing Iraq through its compilation of anecdotes. Following al-Wasiti, Jewad Selim illustrated the daily life of the Iraqi people in a colorful, flat style, focusing on popular culture in a series of paintings entitled Al-Baghdadiyat. He often painted public places where families gathered under the Iraqi sun. He also portrayed ordinary people executing their profession as in The Khayyata (The Seamstress) (1958), and Woman selling materials (1953) or dwelling in their private spaces as in Two Women (1957). Iraqi people were central to Selim's art, and his works evoked Iraqi culture in many different iterations –ancient and modern, everyday and extraordinary– in order to bolster national pride and identity through a specific symbolic language.

The particularity of Jewad Selim's oeuvre stems from his skill in translating the rich cultural and artistic heritage of ancient Mesopotamian civilizations into modern forms that resonated with twentieth-century Iraqi society. He built a language of symbols that became omnipresent in his paintings, such as the crescent moon. Throughout his work, the artist plays on the dual association of the crescent, which simultaneously represents the Islamic world and evokes the Fertile Crescent, as the region that once included ancient Mesopotamia is known. The Fertile Crescent is often discussed in maternal terms ­–i.e., as the “cradle of civilization”– because of its history as the “birthplace” of settled farming and the technological advances that enabled the development of the world’s first established societies. In the sculpture Mother and Child (1953), a tripartite base represents a pregnant woman supporting a moon-shaped element that corresponds to her womb. Inside the circle, a small sphere is hung in reference to a growing fetus. The crescent shape and its suspended sphere also evoke the moon and star emblem that is representational shorthand for Islam. Thus, Jewad Selim draws a clear correlation between motherhood and motherland, both suggested by the crescent moon and the sphere which resembles a woman’s breast. The subject evokes the knot of maternal instinct, spiritual belief, and earthly nourishment that lays at the origin of human civilization.

In 1969, at the behest of the new government, Jewad Selim contributed to a seminal work of public sculpture for Tahrir Square in Baghdad. Iraqi architect Rifat Chadirji was commissioned to oversee the construction of the Freedom Monument (Nasb al-Hurriyah), while Selim was tasked with executing its decorative frieze. Made to celebrate Iraq’s independence following the overthrow of its monarchy, the monument narrates the 1958 July Revolution in 14 bronze castings on a travertine slab, raised 6 meters off the ground. Beginning with events that proceeded the revolution and ending with the promised peace of a new republic, the work is meant to be read from right to left, as one would read Arabic; this is significant insofar as it privileges local means of storytelling, rather than Western ones. It is also notable for its similarity to ancient Sumerian seals and Assyrian bas-reliefs in that its subjects are aligned laterally with no background.

Jewad Selim did not see the completion of the Freedom Monument in 1961, having died of a heart attack earlier that year. His tireless pursuit of a new, modern visual language that linked Iraq to its glorious past left a tremendous impact on Iraqi visual culture, and his legacy lived on in artists he mentored, such as Ismail Fattah. He is buried at Al-A’thamiyah in Baghdad, sharing a final resting place with other prominent Iraqi cultural figures such as Jamil Sodki Al-Zahawi, Maarouf Al-Rasafi, and Sati’ Al-Hossari.

Eigner, Saeb. Art of the Middle East: Modern and Contemporary Art of the Arab World and Iran. London: Merrell, 2010.

Prize in International Competition held by the contemporary art institute in London at the Tate Gallery, UK

Prize in Sculpture at the first Baghdad Art Exhibition, Iraq

A Centre of Intelligence Mathaf: The Arab Museum of Modern Art, Doha, Qatar

Important collection of works by Jewad Selim, father of modern Iraqui art, for sale at Bonhams

How the CIA Secretly Funded Arab Art to Fight Communism

Archives tell us different stories about how things were': Inside the journey to document Modern Arab art

In Conversation With : Ahmed Naji Part 1 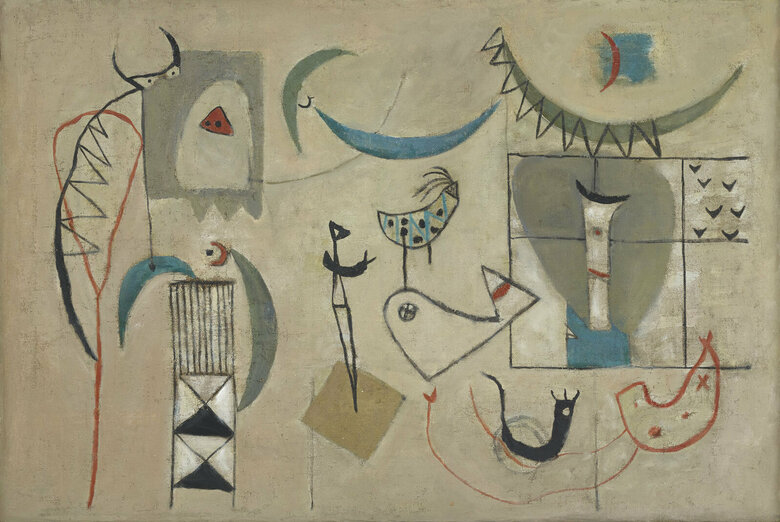 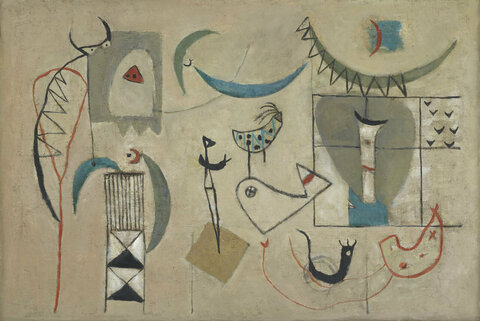 Good and Evil, An Abstraction 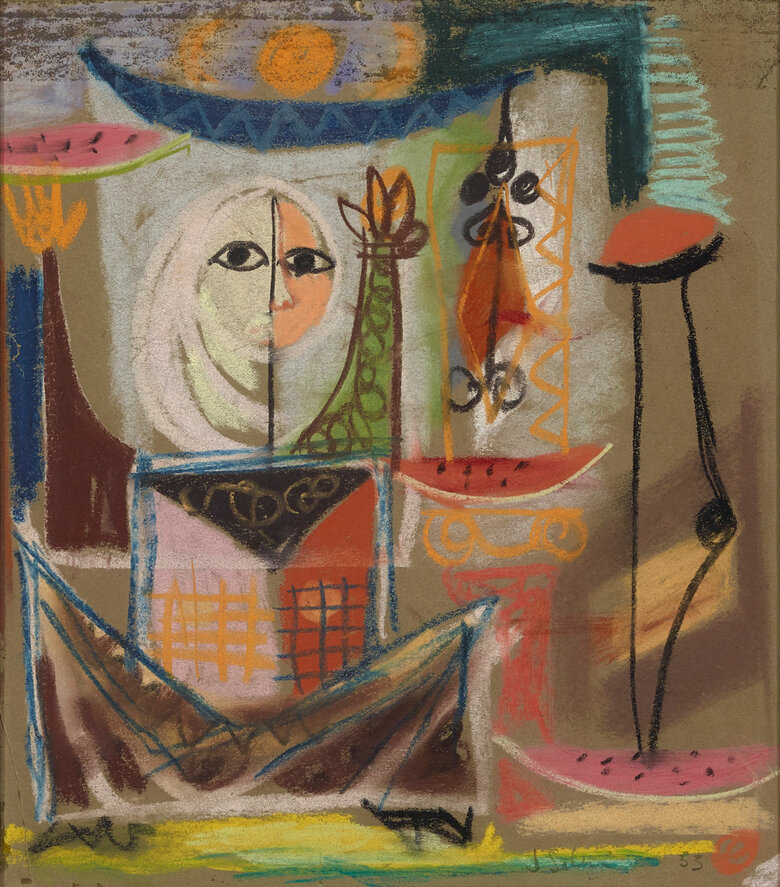 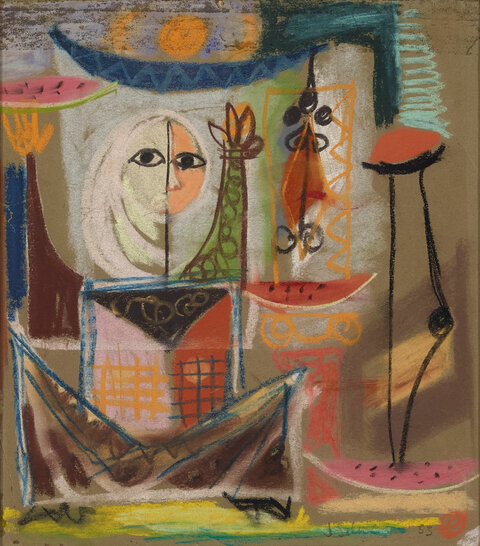 Art lovers in for a treat as museums prepare to reopen

'Archives tell us different stories about how things were': Inside the journey to document Modern Arab art