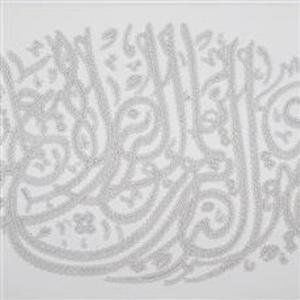 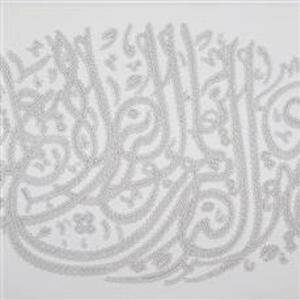 Born in 1970 in Tangier, Mounir Fatmi left Morocco in 1987 for Italy, where he enrolled at the Free School of Nude and Engraving at the Academy of Fine Arts in Rome. In 1990, he returned to Tangier, where he met the artist Mohamed Choukri who introduced him to the American novelist Paul Bowles and discovered a part of American literature, which would be a source of inspiration later on. Then, in 2006, he benefited from a government scholarship, which enabled him to study at Rijksakademie in Amsterdam. The artistic career of Mounir Fatmi stretches from his participation in several projects, including his experiences in advertising during the 1990s to biennales all around the world. His oeuvre embraces all techniques like drawing, painting, sculpture, installations, and even videos. He is known to use a variety of unconventional media in his works like cables, steel, VHS tapes, and blades to construct and convey his questionings. The themes that he tackles are related to the modern world from which he highlights historical problems, ideologies, and objects of consumption. Mounir Fatmi works between Paris and Tanger.

A REPUBLIC OF ART

THE FUTURE OF A PROMISE: 54TH VENICE BIENNALE