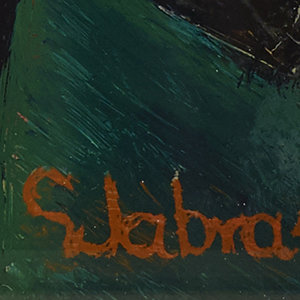 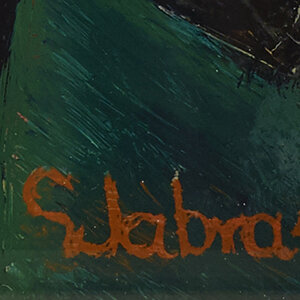 Palestinian-Iraqi artist Jabra Ibrahim Jabra was born into a poor Syriac Orthodox family in Bethlehem in 1920. His family moved to Jerusalem when he was twelve years old, and he attended the Arab College there in preparation for university education. After receiving a scholarship to study in England in 1939, he began a B.A. at the University of Exeter, ultimately completing his degree at Cambridge in 1943. Jabra taught English in Bethlehem for several years, before the Nakba of 1948 forced him and his family to leave Palestine and settle in Iraq, where he would live for the rest of his career.  Around this time, he also traveled to the United States, where he earned an MA in literary criticism from Harvard. Upon his return to Iraq, Jabra became a professor of English at the University of Baghdad, later marrying an Iraqi woman, Lami’a Barqi al-‘Askari, and becoming an Iraqi citizen.

Jabra Ibrahim Jabra was a multitalented individual, crossing many disciplinary boundaries throughout his career. In addition to creative pursuits such as painting and poetry, he was a well-respected critic of art and literature as well as a translator. In fact, Jabra was an Arabic translator of many renowned English-language authors, including T.S. Eliot, Shakespeare, Faulkner, and Becket. His own writing – comprising some 70 books – included novels and poetry as well as critical and philosophical works concerning modernism and Arab societies. His interest in this last topic ultimately led him in the direction of Jewad Selim, who became a close friend and colleague. Jabra shared Selim’s passion for thinking through alternative genealogies of the modern, believing as he did that Iraqi modern art can and should be rooted in Arab rather than European source material. He became a founding member of the Baghdad Group for Modern Art (1951) and, later, the One Dimension Group (1971), which espoused a similar commitment to the fusion of modern aesthetics and heritage. Like Selim and fellow One Dimension member Shaker Hassan Al Said, Jabra embraced the principles of hurufiyya, a movement that sought to marry modern abstraction and traditional Arabic calligraphy.

Jabra began his artistic trajectory as a child in Bethlehem. There, as he recounts in his childhood autobiography The First Well, artisans who made intricate mother-of-pearl inlay influenced his perceptions of art. During this time, he also began imitating a barber who manually enlarged photographs in his shop using a grid, learning transfer methods from an early age. As a fifth-grader at the Rashidiyyeh School in Jerusalem, he studied art under the esteemed Jamal Badran, whose bright, encouraging personality and skills were an inspiration to the young artist. As a child, he admired the tilework that Badran had helped to restore on the Dome of the Rock, and would sketch their elaborate designs. Later, the artist worked primarily in oil paint on various, sometimes untraditional surfaces, including canvas sacks, wood panels, and glass. Though much of his work has been lost, surviving pieces show a consistent thematic preoccupation with the female nude, and a free-spirited use of bright colors and bold lines evocative of Fauvist art. After he established himself in Baghdad, Jabra became increasingly preoccupied with Arab heritage and was an active contributor to the hurufiyya movement.

Jabra Ibrahim Jabra died in 1994, leaving family members to take care of his Baghdad home. Sixteen years after his death, however, a car bomb exploded in the area, killing several relatives and destroying his home along with a veritable archive of letters and paintings.

Issa Boullata, "Living with the Tigress and the Muses: An Essay on Jabra Ibrahim Jabra," World Literature Today, Vol. 75, No. 2 (2001)

George Al Ama and Nada Atrash, “Reflections on the Palestinian Art Movement before 1948: The Paintings of Jabra Ibrahim Jabra.” This Week In Palestineno 169 (May 2012): http://archive.thisweekinpalestine.com/details.php?id=3710&ed=206&edid=206

عودة الحلم (The return of the dream), Bethlehem, Occupied Palestine

Jerusalem Medal for Culture, the Arts and Literature, PLO

Creativity in the Novel Prize in Baghdad

Unlike Other Springs: The Story behind Birzeit University Art Collection 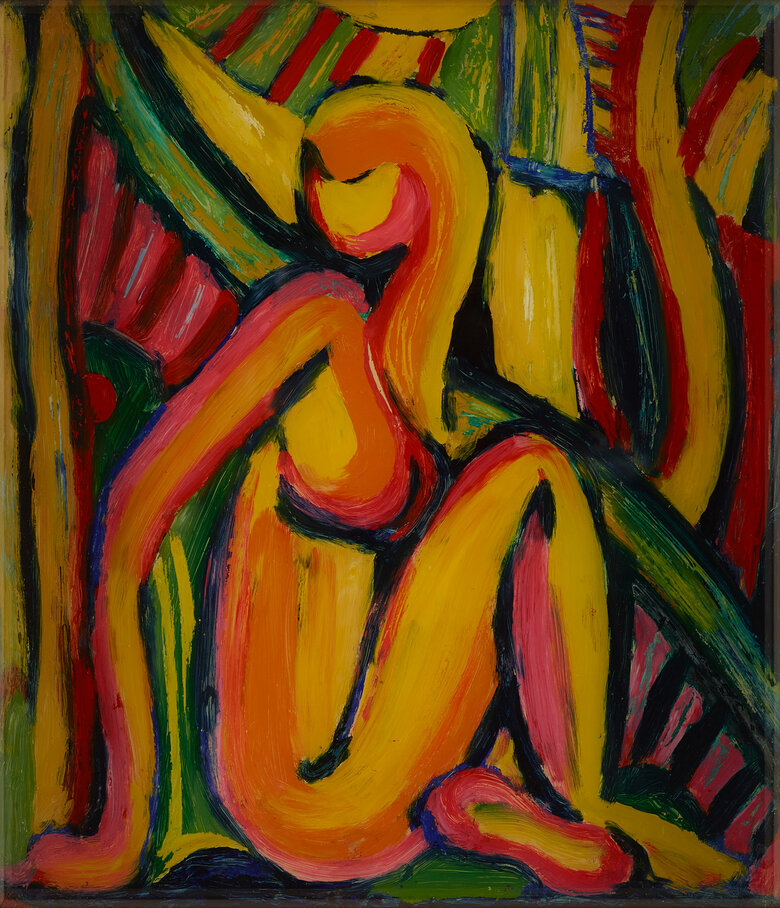 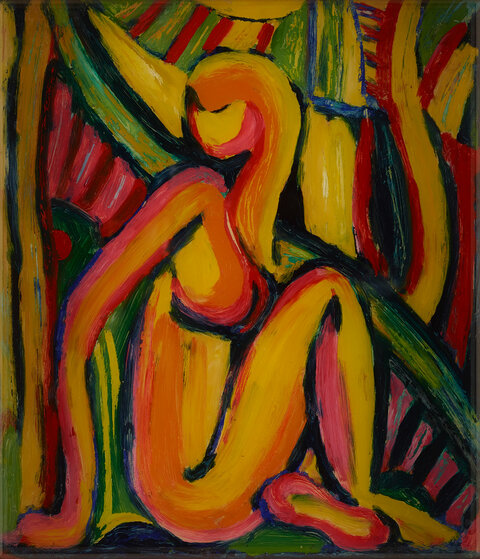 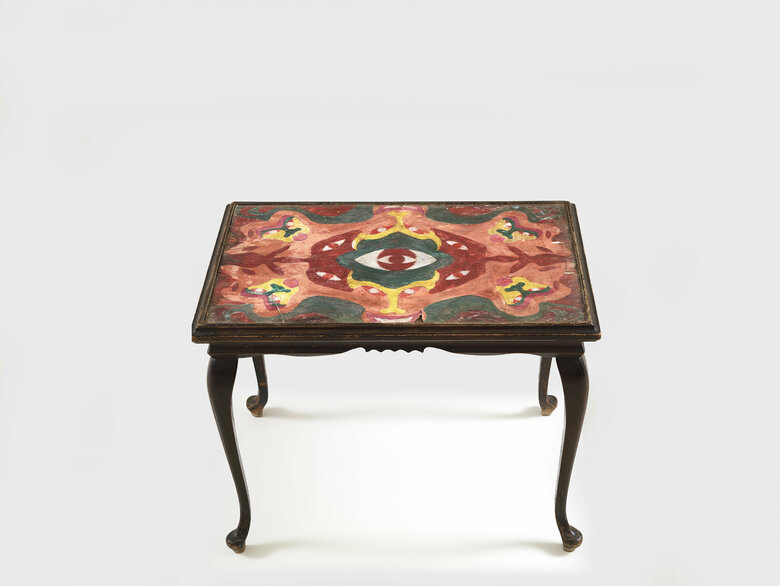 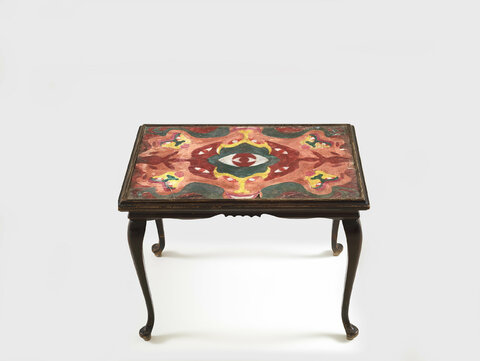 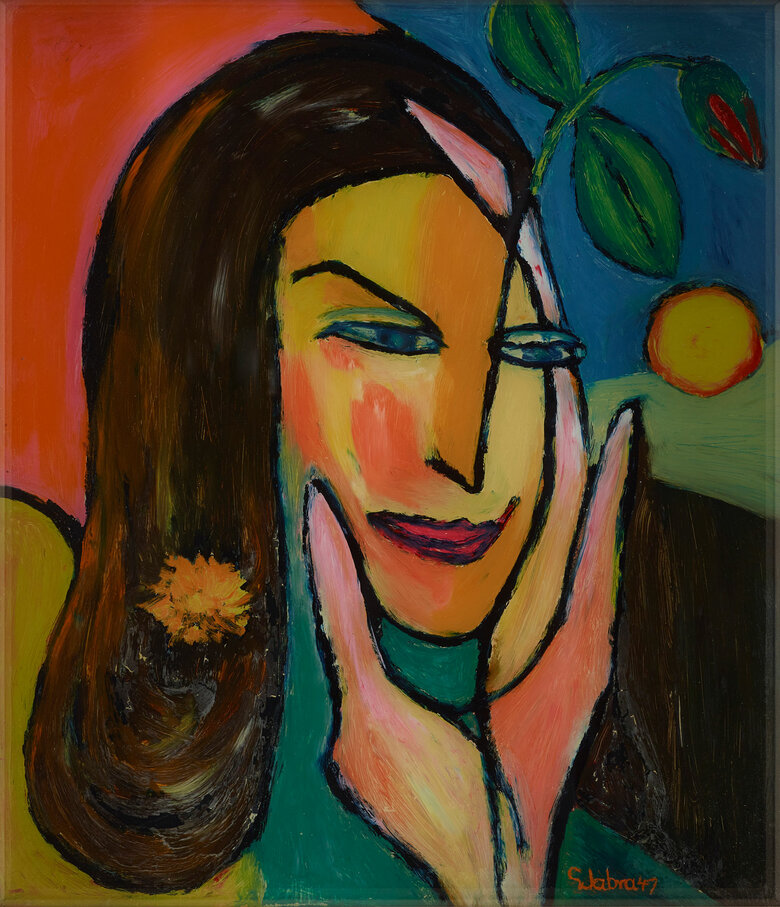 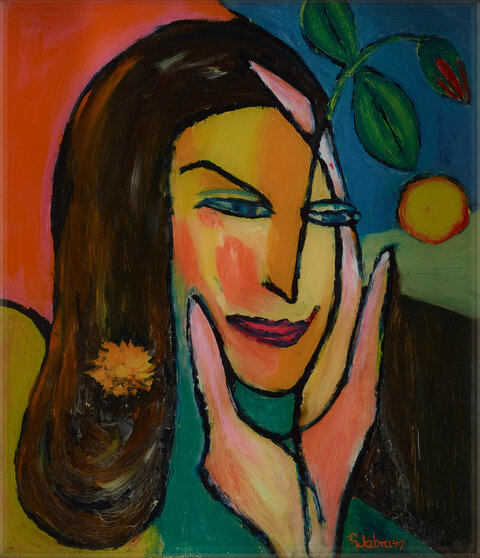 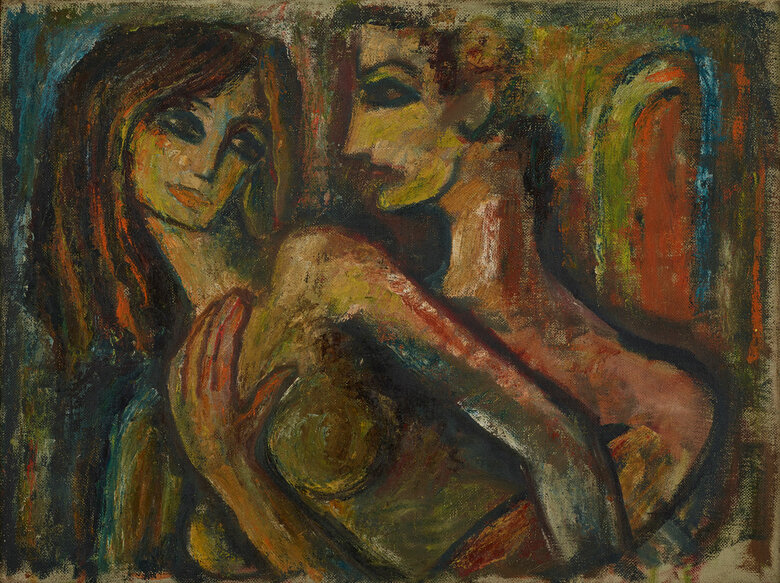 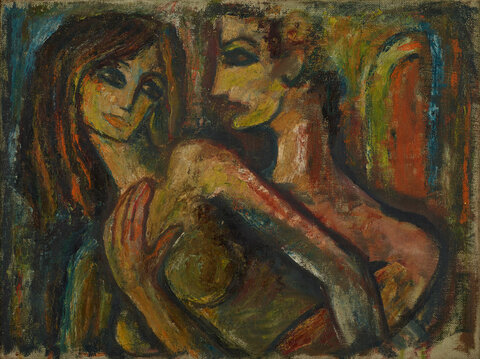 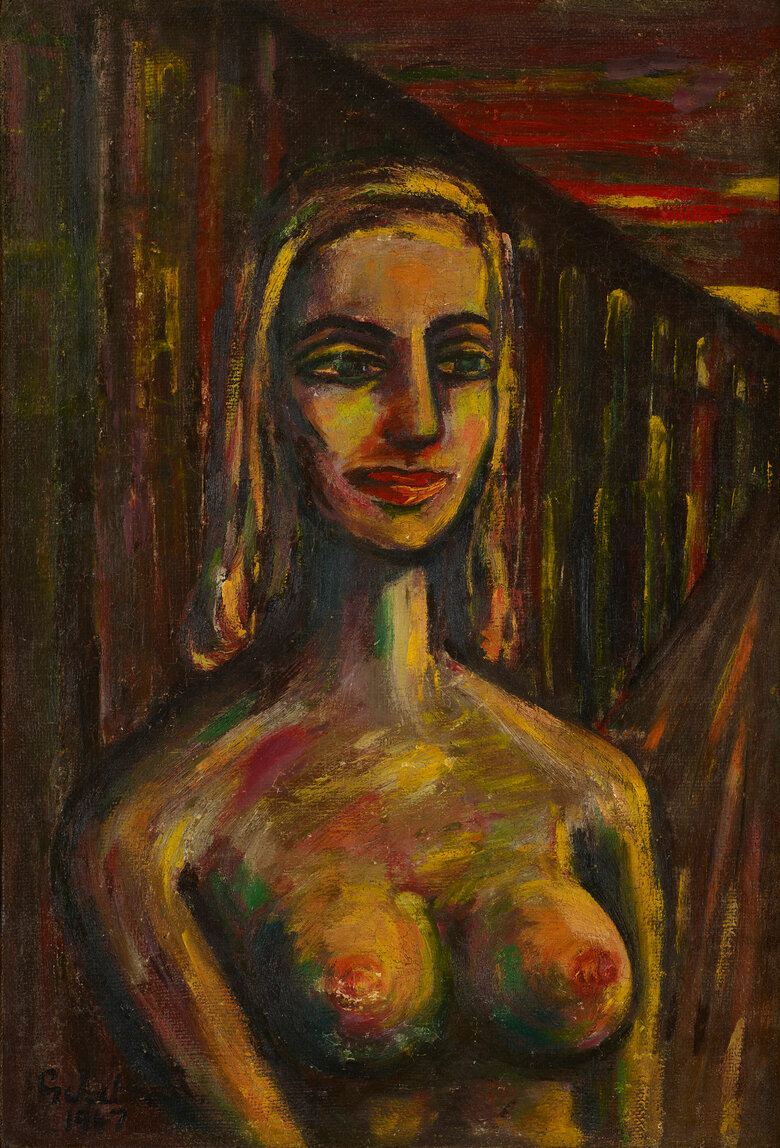 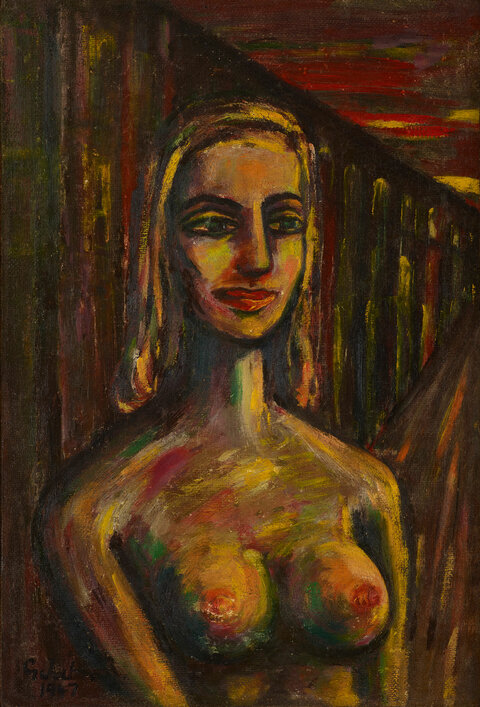