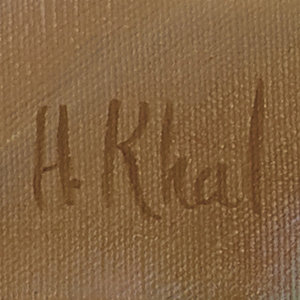 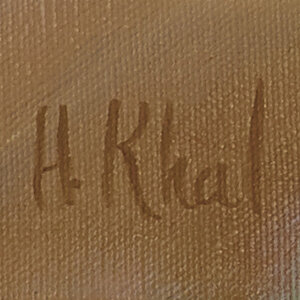 Helen Khal was born in 1923 in Allentown, Pennsylvania, to parents Thomas Joseph and Salma Shayboub, originally from Akkar, Lebanon.[1] She was a painter, an art critic, and an educator. A keen reader, Helen initially wanted to become a writer, but she found her passion for fine arts, at the age of twenty-two when she was treated for tuberculosis. Helen was bedridden for six months in a sanitorium. [2]So, she took up drawing and painting. Upon recovery, she attended weekly afternoon classes at the Baum Art School in Allentown.[3] Soon after, Helen traveled on her first trip to Lebanon. She enrolled at the Academie Libanaise Des Beaux-Arts (ALBA) in Beirut, where she studied painting from 1946 till 1948. Founded in 1937, by Alexis Boutros, ALBA was the first national institution of higher education in Lebanon, formerly known as Association des Musiciens Amateurs (AMA). In 1943, an art department was added to it co-founded and directed by late Lebanese painter Cesar Gemayel (1898-1958).

In 1947, Helen met the man who would become her husband, Yusuf al-Khal, a Syrian-Lebanese modernist poet. The couple first moved to New York in 1948, where Helen pursued her studies in painting at the Art Students League till 1949. They relocated to Libya for two years, then returned to New York in 1952. Eventually, they settled in Lebanon in 1955 with their sons Tarik and Jawad. In 1958, the year Jawad was born, Yusuf founded a publishing house, Dar Majallat Shi’r, and the quarterly modern poetry magazine, Shi’r. [4]Helen designed the magazine’s cover. It was elegant and minimalist in style. Tinted in a single color, it only featured the title in angular Arabic calligraphy.[5] Later, Helen landed a job as a part-time secretary at the Jordanian Tourism Bureau in Beirut from 1961 till 1967. In 1967, she joined the fine arts department at the American University of Beirut (AUB) as a part-time painting instructor, a position she held until 1976. During this time, Helen also wrote weekly art reviews in The Daily Star newspaper, and art columns in the Monday Morning magazine. She resumed her weekly writings for The Daily Star in 1996 until 1999.[6]

Helen and Yusuf founded the first permanent art gallery in Lebanon in 1963, called Gallery One. The gallery often hosted a literary salon, named ‘Jeudis de Shi’r,’ which included European luminaries such as the English poet and novelist Stephen Spender and the French poet and art historian Yves Bonnefoy.[7] The first inaugural exhibition at Gallery One, organized by Helen, showed the artworks of emerging artists, such as sculptor Michel and Alfred Basbous and painters Nadia Saikali, Yvette Achkar, Hrair Diarbekirian, Assadour Bezdikian, and Mohammad Sakr amongst others. Helen exposed new talents that would later become some of Lebanon’s leading modernists. Sadly, Helen and Yusuf were always in dispute. The liberal poet and progressive yet tenacious artist could not meet halfway. After sixteen years of marriage, Helen and Yusuf divorced six months after the opening of Gallery One. Helen consented to the divorce, but lost custody of her children and gave up the gallery to Yusuf.[8]Helen kept ‘Khal’ as her surname.

Helen Khal was a figurative and abstract artist. Her art was informed by the casual teachings and the artworks of her professors at ALBA; the impressionist painter Cesar Gemayel emphasized light and color and Italian fresco artist Fernando Manetti stressed on form and structure. [9]An essential staple of training at the academy was nudes. Khal’s daily sessions drawing a nude model by the name of Mariam left an impact on the burgeoning artist. Mariam was the first nude model in Lebanon who was discovered by Cesar Gemayel. For discretion purposes, he introduced her as his maid. Mariam became central to many students’ understanding of the female body and form.[10] In 1948, Khal produced a sequence of charcoal on paper nudes depicting Mariam, one of which shows Mariam from a top view perspective. Illustrated in black against a neutral white background, Mariam lies on the floor with loosely crossed legs and arms lifted to her forehead, almost covering her angular face and black carré hair.[11] Khal frequently revisited the theme of Mariam and nudes but in colorful paintings executed with oil on canvas.

Helen Khal and her cohort at ALBA learned painting on their own by trial. They drew from each other. “We students were left pretty much on our own,” Helen recalled. “The director, Cesar Gemayel, would pass by occasionally, make a stroke, a quick change, and then walk away.” She added. “ I would watch what Shafic Abboud [Helen’s dearest colleague ] was doing and try to follow his way,"[12]

Given her early maternal responsibilities, Khal produced little in the mid-1950s and early 1960s. Nonetheless, it was the period she arrived at her quasi-cubist style. On relatively small-scale canvases, she painted still lives, fruits, flowers, and portraits, including those of her two boys and her friend's children. Khal ventured into pictorial deconstruction. For instance, in Still Life, 1964, oil on canvas painting,[13] Khal fragmented her figures into semi-geometrical shapes washed in translucent primary colors. Painted a la Cezanne, Still Life,1964 features three yellowish-orange lemons on an oval blue plate within a distorted composition viewed from multiple vantage points at once. Highlighted with white, the painting is radiant and luminescent. A perfectionist by nature, and highly critical of her work, Khal was often reluctant to show her paintings. Fortunately, her lifelong friend and mentor artist Aref Rayess encouraged her. He helped her arrange her first solo exhibition at Galerie Alecco Saab in Beirut in 1960. [14]

After her divorce and separation from her children, Khal vented her anger in some abstract expressionist paintings applying paint in thick gestural strokes by brush or knife. Khal was trying to find her way after a deep sense of loss. “The compositions were generally geometric,” she says, “which evidently meant I was seeking an oasis of order in my life.”[15] From her quasi-cubist style of transparencies to a quick stunt in expressionism, Helen softened her canvas and shifted into totally blurred figurative-abstract depictions. She applied oil paint, which always remained her favorite medium, cautiously with a fine brush. Paintings such as Pine Trees, 1970, Sea of Clouds,1975, Flowers,1985, Fish,1991, Figure,1990, [16] which feature vague, dreamy landscapes, seascapes, fish, and people, were also foggy. They evoke a sense of erasure of place, time, and people.

Progressively, Khal focused on the abstract emotive power of color. She quickly found her forte in meditative color-field abstractions – ultimately her signature style. Her colorful paintings, small or medium in scale, show simple geometrical forms such as circles, rectangles, squares, or merely bars and stripes. Khal’s forms bare no symbolic connotation; they serve as containers of color and navigate via color. They are a result of multiple layers of diluted oil paint softly applied on the canvas in different directions. Painted so thinly, the viewer can see through Khal’s perfectly matched glowing colors. Reminiscent of Mark Rothko’s color-field abstractions, her forms-fields float in space, sometimes advancing towards the viewer and, at other times, quietly retreating away. For instance, Abstract Composition, 1991, [17]oil on canvas painting, measuring 61 x 91 cm, features a small yellow rectangle enclosed within another large white cloud-like one. Slightly tilted, they float against a capturing blue sky background. This floating effect is related to how Khal handles the corners and edges of her forms. Drawing from Rothko's painting techniques, she softens the edges allowing one color to fuse into the other. Tints and tones reverberate against one another and call for attention bringing Life into the painting. In her work, Khal was making no statement; she was simply seeking the proper light that would elate her and her colors. A 'light,' she could only find in the Mediterranean vista of Lebanon.

Khal was an inspiring woman. She was a committed cultural activist and an advocate for the arts in Lebanon. In 1975, she traveled to the USA on a two-month tour. Her trip was sponsored by the once-thriving fine arts department at AUB, just a year before the department closed down. Khal gave lectures on contemporary art in the Middle East in twenty-two universities all over the USA. Enthused by the omnipresence of women visual artists in Lebanon, Khal completed biographical research on thirty-nine female artists in 1976. Her study was put into a book entitled The Woman Artist in Lebanon, published in 1987. [18]She focused on twelve artists in her book of whom Saloua Raouda Choucair, Etel Adnan, and Yvette Achkar were her friends.[19] Also, included in the book, Hugette Caland, daughter of Lebanon’s first post-independence president, and an eccentric painter known for her abstract erotic depictions was Khal’s closest and intimate friend. The two shared studios in Kaslik, Lebanon, Paris, and Los Angeles and painted side by side. [20]

Upon the outbreak of the Lebanese civil war (1975-1990), Khal left for the United States in 1976, and remained there for two decades, visiting Lebanon occasionally to maintain her presence in the art milieu. In the USA, Khal painted and participated in some exhibitions. She mainly worked as a consultant to the Jordan Information Bureau in Washington, D.C., from 1967 till 1996. Khal never sustained a living from her art. Obviously, painting was not a job for her, but rather an intellectual and contemplative activity

In 1996, Khal returned to Lebanon for good. She lived in an apartment near the sea in Beirut, offered to her by the Young Women’s Christian Association (YWCA). [21]Soon, she moved to live with her son Tarik in Fatqa, in mount Lebanon.[22]As a tribute to Khal, Her dear friend and art historian, Cesar Nammour, along with Gabriella Chaub, compiled the art reviews that she had written over four decades into a volume entitled Resonances, 82 Lebanese Artists Reviewed by Helen Khal, published in 2011. Her reviews covered the works of eighty-two Lebanese visual artists. In her professional capacity, Khal became witness to the evolution of modern art in Lebanon.

After a productive life, tireless artist Helen Joseph Khal suffered from a stroke and died in 2009 in Lebanon.

Khal, Helen. The Woman Artist in Lebanon. Beirut, Lebanon: The Institute for Women's Studies in the Arab World, 1988.

Smyth, Gareth. “How an Exhibition Captured the Essence of Lebanon's Art Scene from the 1960s and '70s.” The National. The National, February 9, 2020. https://www.thenational.ae/arts-culture/art/how-an-exhibition-captured-the-essence-of-lebanon-s-art-scene-from-the-1960s-and-70s-1.976439.

Khal, Helen. The Woman Artist in Lebanon. Published by Institute for Women’s Studies in the Arab World.

At the still point of the turning world, there is the dance 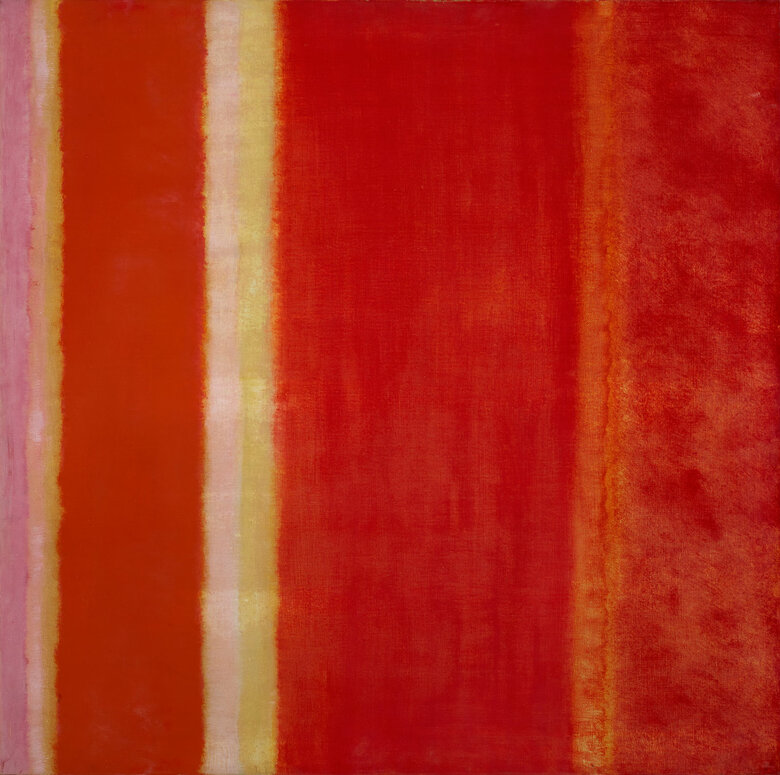 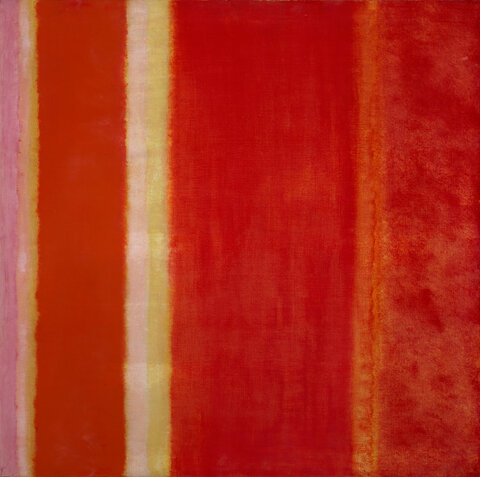 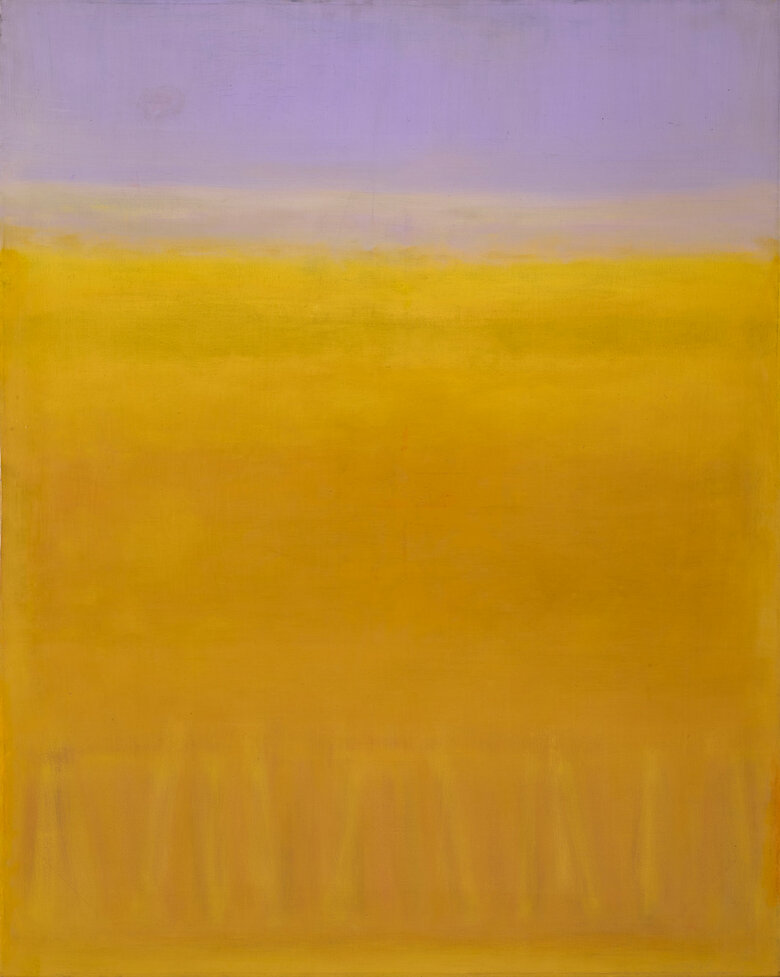 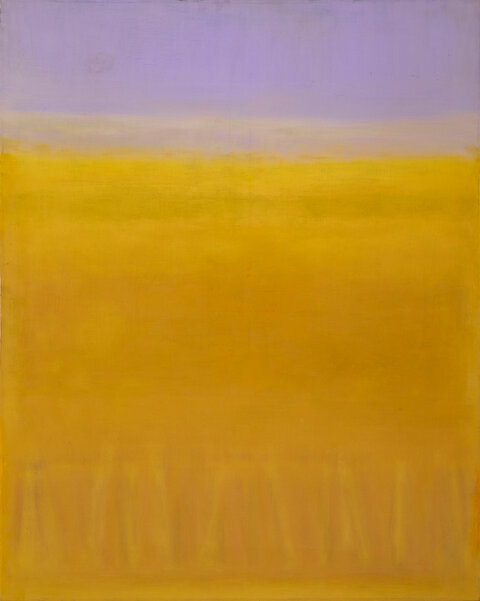 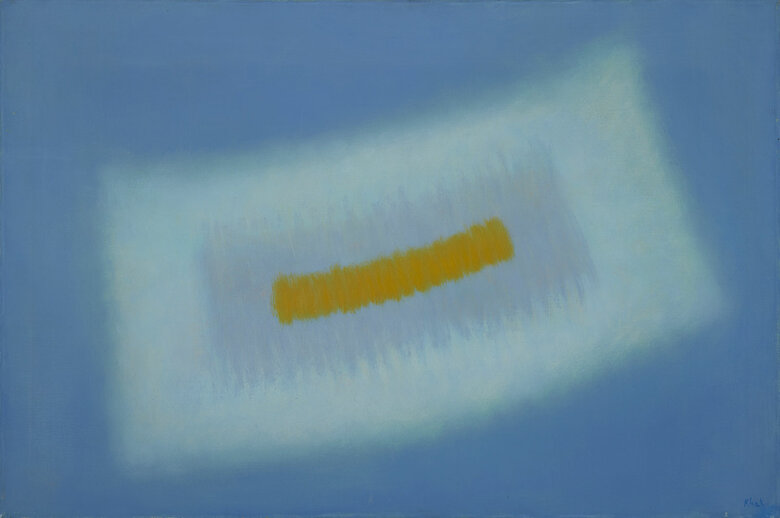 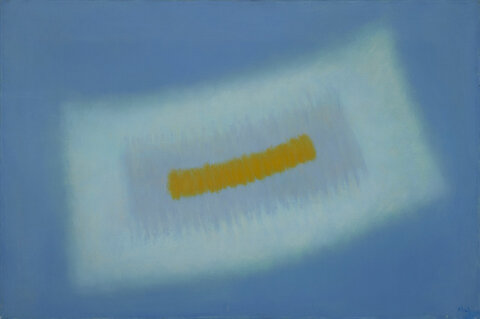