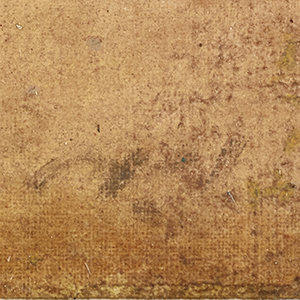 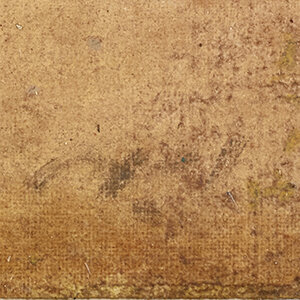 Born in 1904 in Cairo to a Turkish official father, Hussein Youssef Amin grew up in a wealthy family, and showed an interest in drawing at an early age. In 1924, he traveled to Italy, where he studied painting at the Accademia di Belle Arti in Florence. Graduated in 1930, he started a diplomatic career, which led him to move to Sao Paulo, Brazil, where he settled for several years. However, Amin kept on drawing in parallel, and got inspiration from the popular arts in Brazil. In 1931, he returned to Egypt, and quickly got involved in the local art educational system, by frequenting the Egyptian pedagogue-painters Habib Gogui (1892-1965), and Youssef al-Afifi. With their experiences abroad, these three important figures of teaching, played a key role in their country’s reforms in art education. In Egypt, art education was represented by the great institution of the École des Beaux-Arts in Cairo which provided a European academic art practice. Besides, the teachers were artists coming from France, and Italy. However, as of the 1920s, many associations of Egyptian artists – some of which mainly graduated from the Higher Teacher’s College (Madrasat al-Mu’alimin al-‘Aliyya) – formed, in order to lay the foundations of a new teaching of art, different from the European academic system. In 1937, Hussein Youssef Amin co-founded with the above-mentioned Egyptian pedagogues, the Association des Professeurs de Dessin (Union of Drawing Teachers), which first aimed to renovate the educational system, implementing pedagogical principles to the teaching of drawing. Yet, the political commitment of Hussein Youssef Amin at that time was such, that he had to go into exile in Spain, when the Civil War occurred from 1936 to 1939[1]. Upon his return to Egypt, Amin taught drawing in the Hilmiyya secondary school, in the district of Sayyida Zeinab, during the early 1940s. There, he was captivated by the works of some of his pupils, including Hamed Nada, Abdel Hadi El-Gazzar (1925-1966), and Samir Rafi (1926-2004) to name a few. Thus, he decided to offer them a curriculum in his villa located in Maryutiya, nearby the pyramids. Taking them out of the city was a way to apply his methodology, which consisted in keeping these students away from the elitist artistic spheres of Alexandria, and Cairo, and stimulating their self-development.

In 1949, the teacher Hussein Youssef Amin, and his student Abdel Hadi El-Gazzar (1925-1966) were both arrested after the display of The Popular Chorus, originally dated from 1948, and also known under the titles Hunger, or The Theater of Life. Illustrating the social issues of Egypt, the painting was disapproved by the government, which saw it as an affront to its politics. Yet, thanks to the painters Mahmoud Said (1897-1964), and Mohamed Naghi (1888-1956), they were released from their incarceration[2].

In the oeuvre of Hussein Youssef Amin, the detachment from academic art, and the taste for experimentation are noticeable through the plastic treatment, that he used. As a matter of fact, he liked to reinterpret the physical reality, by giving importance to sensitivity, and harmony. In the non-dated work entitled Bathing Nudes, part of the Dalloul Art Foundation’s collection, he depicted a peaceful moment, when three naked women are swimming in a lake. He applied a warm palette of colors, and especially created depth in the composition, by combining the complementary colors green, and orange. Preferring synthetic elements, Amin didn’t render the details of the body parts, and features of the characters, and chose to shape simple silhouettes, that he contoured with thick brown, or black lines. The painter immerses the viewer in an intimate, and sensual scene, unfolding in the shade of the trees. The subject itself had always been recurrent in some modern masterpieces, like Les Baigneuses (1953), by the French painter Gustave Coubert (1819-1877), as well as Les Grandes Baigneuses (1906), painted by Paul Cézanne (1839-1906). Hence, Hussein Youssef Amin showed an interesting point of his artistic theories, which were also based on the work on the local, and the universal. According to him, an aesthetic doesn’t define a nationality, but the art gives a nationality to the subject[3]. Interpreting this theme, Hussein Youssef Amin consequently affirmed the potential of the Egyptian art movement called the Contemporary Art Group (Jama’at al-Fann al-Mu’asir), which would include Egyptian art in the elaboration of international modern art movements.

In 1946, Hussein Youssef Amin, who was inspector of Fine Arts at the Ministry of Public Instruction, co-founded the Contemporary Art Group alongside with his students including Hamed Nada, Abdel Hadi El-Gazzar (1925-1966), and Samir Rafi (1926-2004). Unlike the previous art movements from the first half of the 20th century, and bearer of a nationalist program; the Contemporary Art Group aimed to create a narrative, and imaginary in their artworks, which had to include an intellectual dimension, as they stated in the first declaration in 1946: ‘The value of a work of art is proportional to the extent to which it brings thinking and feeling together. (…) We of the Contemporary Art Group have based our idealism on the strong link between art and intellectual thought (…)’[4]. This innovative approach was elaborated according to a philosophy, through which art should be revealing the contemporaneity (mu’asira) of the artists. These artists, by their social backgrounds, were particularly familiarized with the conditions of living of the people, that forged them, with a rebellious point view.

Resulting from the teaching of Hussein Youssef Amin, the members of the Contemporary Art Group refused to conform to an imported European academic style, and its prevalence over their art. For this reason, they were prone to primitivism, with the resurgence of Ancient Egyptian past, and folk culture. Both would render the accurate image of Egypt, and exposed the wide range of its people’s emotions, hopes, and fears. Amin wanted his students, and colleagues to emphasize the psychological dimension of the scene[5]. In the paintings, Untitled, and Portrait, both dated from 1940, and also part of the Dalloul Art Foundation’s collection, he executed two portraits of quite similar bare-chested women. Through the use of thick brushstrokes, and warm colors, he revealed two characters, adopting a hieratic attitude, and staring at the viewer with deep eyes. He tended to express the inner emotions of the figures, who somehow look melancholic. According to their haircut, jewels, as well as their tan complexion, these two women seems to belong to the Egyptian peasant class. The concept of reconnecting to those people from the countryside in Egypt, their culture, and daily life; was a significant leitmotiv, commonly present in the works of the Contemporary Art Group. From his experience in Brazil, Hussein Youssef Amin realized the importance, that can have popular culture in art[6]. He effectively thought that an art related to this type of culture, and to underprivileged social classes, could be a revolutionary art, through an innovative aesthetic, and impactful message[7]. Elevating the portrait of female peasants was a way to assert that peasantry, is the essence of Egyptian identity – not corrupted like the local Westernized elite.

By initiating the Contemporary Art Group, Hussein Youssef Amin proposed another artistic form of expression, which was qualified as a ‘miracle’ by the Lebanese writer, art critic Aimé Azar in his book La Peinture moderne en Égypte, in 1961. Instead of prioritizing the content of the work of art, Amin highly encouraged the development of personal techniques, and approaches. And the fact that, he, and his students freed themselves from mainstream academism, led them to discover, and impose a style, which is the accurate illustration of modern Egypt.

Hussein Youssef Amin passed away in 1984.